The prize, worth approximately USD 66000, was launched in 1969. Initially, Man Booker Prize was only open to writers from Britain, Ireland and the Commonwealth nations until it began permitting authors from other English-speaking countries in 2014. 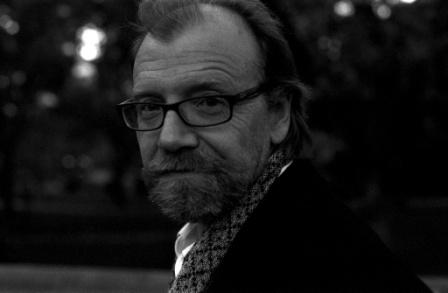 US author George Saunders on 17 October 2017 won Britain’s renowned 2017 Man Booker Prize for fiction for his first full-length novel 'Lincoln in the Bardo'.

The other writers who made it to the list of finalists were Paul Auster, Emily Fridlund, Fiona Mozley, Mohsin Hamid and Ali Smith.

The prize, worth approximately USD 66000, was launched in 1969. Initially, Man Booker Prize was only open to writers from Britain, Ireland and the Commonwealth nations until it began permitting authors from other English-speaking countries in 2014.

'Lincoln in the Bardo'
Lincoln in the Bardo is an extended national ghost story. It chronicles the death of Abraham Lincoln’s 11-year-old son Willie using the accounts of hundreds of narrators. The book describes the night President Lincoln visited his son’s body in a Washington graveyard.

The book’s structure is strikingly unusual and is composed largely of brief quotations from letters, diaries, newspaper articles and personal testimonies.

About George Saunders
• Born in Amarillo, Texas, Saunders got a degree in geophysics from the Colorado School of Mines and worked as a geophysicist in Indonesia.
• He eventually enrolled in an MFA program at Syracuse University and in 1996, he published his debut fiction collection 'CivilWarLand in Bad Decline'.
• Later, he went on to publish several other collections and novel including his widely celebrated 2013 short story collection 'Tenth of December'.
• Best known for his dark and funny futuristic short stories, he has penned various award-winning short story collections, essays, fables and a children’s book as well as many pieces of journalism.
• In 2006, he was awarded with Guggenheim Fellowship and MacArthur Fellowship.
• In 2009, he received an Academy Award from the American Academy of Arts and Letters.