The Global Hunger Index this year underlines that famine has cast a shadow over four countries in 2016 while conflict and climate change continue to hit the poorest the hardest. There have been long term obstacles to reduce hunger in several countries, which is in-turn threatening efforts to reach zero hunger. 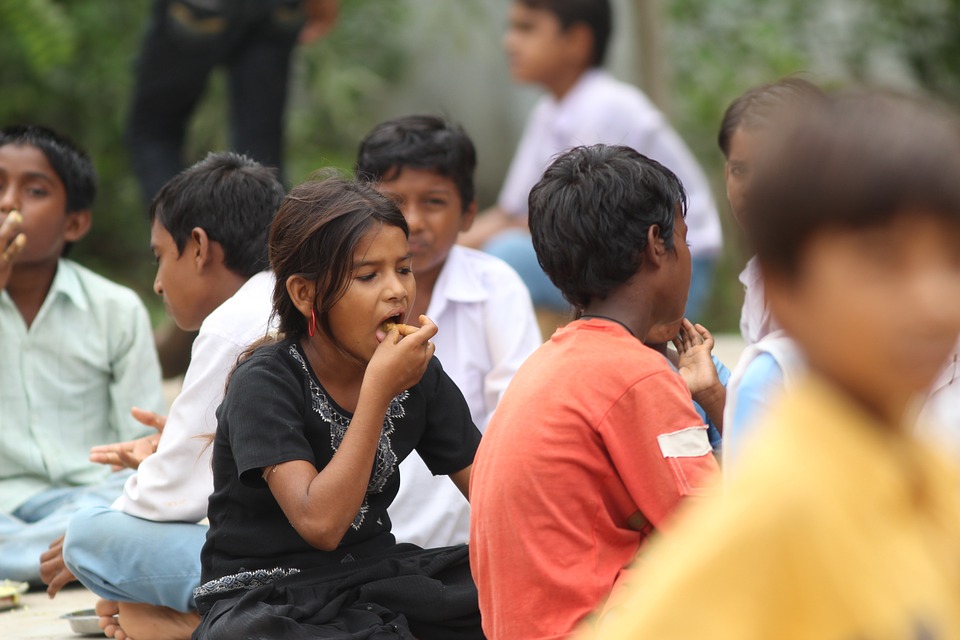 The International Food Policy Research Institute (IFPRI) on 12 October 2017 released the '2017 Global Hunger Index: The Inequalities of Hunger'. This year, India ranks at low 100th position out of 119 countries on the Index, owing to the fact that one in every five children under age 5 has low weight for height.

As per the Global hunger Index 2017, the global hunger levels have fallen more than a quarter since 2000.

The Global Hunger Index this year underlines that famine has cast a shadow over four countries in 2016 while conflict and climate change continue to hit the poorest the hardest. There have been long term obstacles to reduce hunger in several countries, which is in-turn threatening efforts to reach zero hunger.

Highlights of the Global Hunger Index (GHI) 2017
• According to 2017 GHI scores, fortunately, the level of hunger in the world has decreased by 27 per cent from the year 2000.
• Out of the assessed 119 countries, 1 falls in the extremely alarming range on the GHI Severity Scale; 7 fall in the alarming range; 44 fall in the serious range and 24 in the moderate range.
• Only 43 countries have scores in the low range.
• Nine of the 13 countries that lack sufficient data for calculating 2017 GHI score raise significant concern. These countries such as Somalia, South Sudan and Syria may have some of the highest levels of hunger.
• In South Asia, India at 100th place is the third-worst in all of Asia, better only than Afghanistan and Pakistan. China ranked the highest at 29; Nepal ranked at 72, Myanmar at 77, Sri Lanka at 84, Bangladesh at 88, Pakistan at 106 and Afghanistan at 107.
• In Africa south of the Sahara, the Central African Republic is placed in the “extremely alarming” category. The country has the same score today as it did in 2000, suggesting any progress made in recent years has been subsequently reversed.
• Several countries including Sri Lanka, Mauritania, and Venezuela have higher GHI scores in 2017 than in 2008, after witnessing falling scores in the previous two decades.
• The GHI scores of 14 countries including Senegal, Azerbaijan, Peru, Panama, Brazil and China improved by 50 per cent or more.
• Angola, Ethiopia and Rwanda experienced violent conflict in recent decades and are also among 72 countries which improved their GHI scores between 25 and 49.9 per cent, making progress from “extremely alarming” levels to “serious levels”.
• In Nigeria, an overall hunger level at a “serious” 25.5 does not fully reflect the wide inequality within the country such as child stunting which ranges from 7.6 per cent to 63.4 per cent.
• Latin America’s “low” hunger scores do not tell the story of Venezuela, where political turmoil and ensuing food riots caused hunger to rise by 40 per cent from 2008 levels.

India's position in GHI 2017
Struggling with a serious hunger problem, India was ranked 100th among 119 developing countries on the Global Hunger Index (GHI), behind North Korea (93rd), Bangladesh and Iraq (78th), but ahead of Pakistan.

At 31.4, India's GHI score is at the high end of the 'serious' category, and is one of the main factors pushing South Asia to the category of worst performing region this year, followed closely by Africa South of the Sahara.

The country's hunger problem is driven by high child malnutrition and this underlines the need for stronger commitment to the social sector. More than a fifth of Indian children aged below five weighed too little for their height and over a third were too short for their age.

The report points out that the two national nutrition programmes Integrated Child Development Services and the National Health Mission have failed to achieve adequate coverage.

Areas of concern include the timely introduction of complementary foods for young children, adequate share of children between 6 and 23 months old who receive sufficient diet and household access to improved sanitation facilities which is a likely factor in child health and nutrition.

About Global Hunger Index (GHI)
• Now in its 12th year, the GHI ranks countries based on four indicators- undernourishment, child mortality, child wasting and child stunting to capture the multidimensional nature of hunger.
• The 27 per cent improvement noted above shows the progress in each of these four indicators as per the latest data from 2012 to 2016 for countries in the GHI.