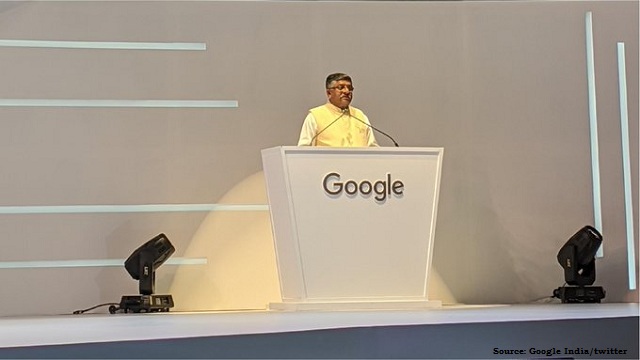 Speaking during the Google for India 2019 event, Union Communications and Electronics and Information Technology Minister Ravi Shankar Prasad stated that Google has become a folklore platform integral to the digital narrative of the world.

The most prominent among the new launches is the Vodafone-Idea toll-free phone line, which will enable people with a poor network connection to also access Google Assistant and get the required information. The ability to change the language on Google assistant will further enhance user experience and help Google reach even the remote areas of the country. 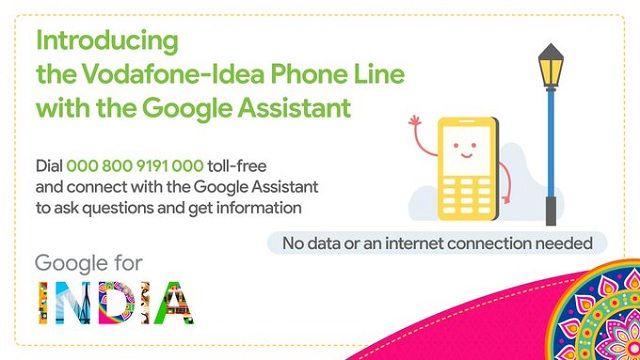 The Phone line will make information including sports and weather updates accessible for thousands of people across India.

Google announced the setting up of Google Research India, a new AI lab/ research team in Bengaluru, which will focus on advancing computer science and applying AI research to solve big problems in healthcare, agriculture and education.

Google Research team will focus on advancing fundamental computer science and AI research by building a strong team and partnering with the research community across the country and applying the research to solve major solves in sectors including agriculture, education and healthcare. 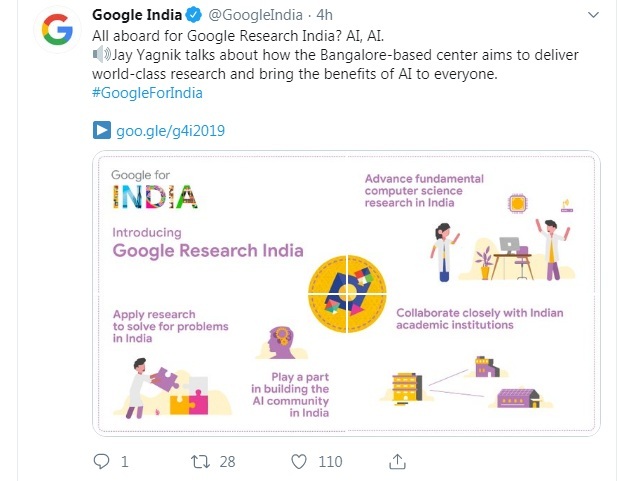 The research will also use the research to make apps and services useful to billions of people. Google Research India aims to deliver world-class research and bring the benefits of AI to everyone.

The Google bolo app is now available in five Indian languages- Bangla, Marathi, Tamil, Telugu and Urdu. Over 800,000 children from over 28,000 villages and towns have read stories more than 3Mn times, on Bolo. New Indian stories are also coming to Bolo in partnership with Katha Kids. 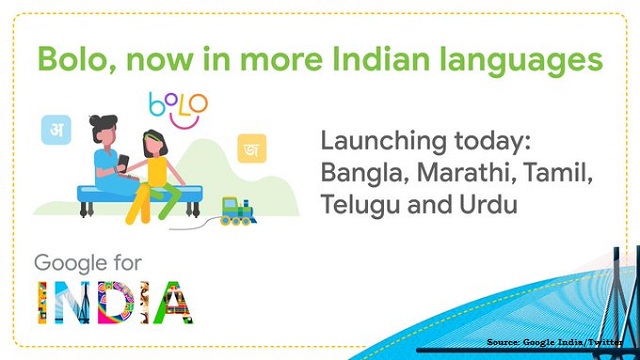 Google Assistant is now available in 9 Indian languages including Hindi, Malayalam, Tamil, Marathi, Telugu, Gujarati, Urdu, Kannada and Bengali. The user can set the Google assistant to speak in any of the 9 languages by just saying, “Ok Google, Hindi bolo or talk/ speak to me in Hindi”. 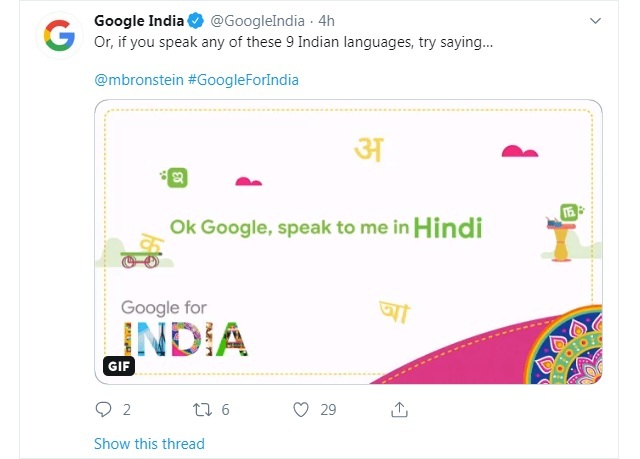 The users will also be able to watch the news in Hindi anytime on Google Assistant by simply saying, ‘Ok Google, Hindi news’.

Google is soon going to launch the Interpreter mode, which will be able to do real-time translation between two people speaking in Hindi and English. The user will be able to order food hands free, book a ride or even check bank balance using this feature.

Google aims to extend the reach of Internet Saathi program to 300,000 villages by the end of 2019. The programme involves an Internet Saathi who visits rural areas and teaches the locals there on how to use the internet. 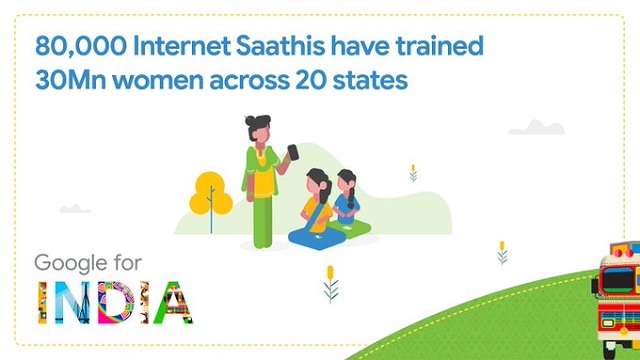 Google Discover will now be available on the home screen of Google App, Go, and Chrome. It will be available in seven more additional languages and will make it easier for users to customise Discover. Users will be able to follow topics of their choice from Discover and the feature will continuously learn from user experience and improve.

Google has launched Interest picker, which will help personalize a person’s discover feed on the Google app by picking what interests him or her. 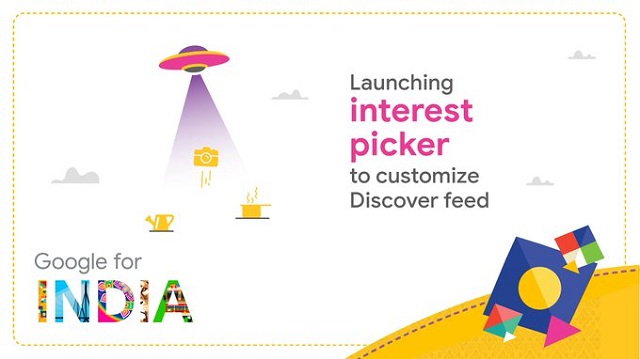 Google lens has been now been upgraded to understand other languages such as Tamil, Telugu and Marathi. Google lens can not only read sentences aloud but also translate documents, look up words and translate them. 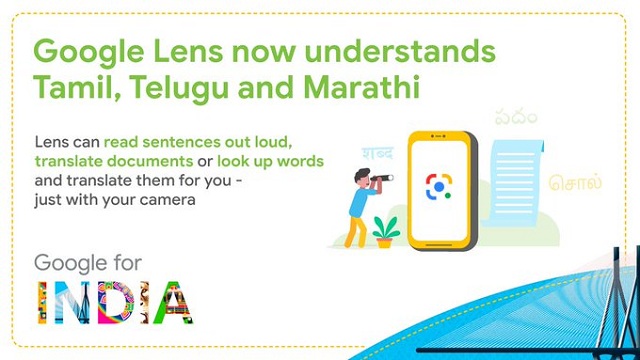 • The Spot platform: The introduction of the platform aims to help businesses create branded commercial experiences that bridge offline and online worlds. 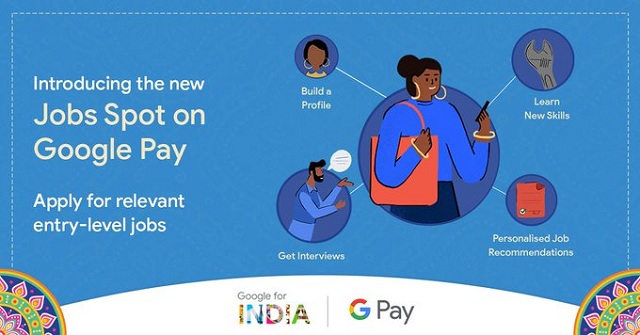 Google has announced partnership with Skill India and NSDC India, under which, the Skill India program students will be offered a seamless way to get started with Jobs and learn how it can best serve their needs.”