Home Minister Amit Shah has proposed the idea of a single multipurpose identity card for citizens. 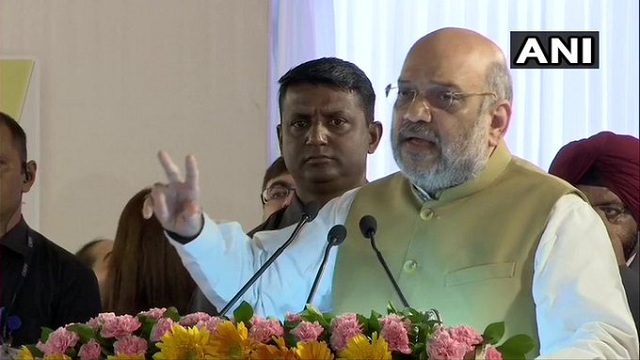 Union Home Minister Amit Shah on September 23, 2019 proposed the idea of a single multipurpose identity card for citizens. The Home Minister that the card would have all utilities such as Aadhaar, driving license, passport and bank accounts merged into one.

"We can have just one card for all utilities like Aadhaar, passport, bank account, driving licence, voter card. This is a potential," the Home Minister suggested.

Home Minister Amit Shah also announced that the 2021 census will be a “digital census” and the data will be collected through a mobile app. He said that the National Population Register is being prepared for the first time in the 2021 census. He said that it will help solve many issues in the country such as law and order and gender equality.

He further stated that there should also be a system that when a person dies, the information is updated automatically in the population data.

India’s last census was carried out in 2011 when the total population of the country was estimated to be 121 crore. The 2021 census, which is the 16th census and 8th since Indian independence, will be the world’s largest data collection exercise.

The digital census will mark a shift from the paper census, which was the general data collection method up until now. Now, the data will be collected using an indigenously developed mobile application.

India would be spending roughly Rs 12,000 crore on its first digital census.  Almost 33 lakh enumerators, who conduct door-to-door counting, will be encouraged to use their phones to collect the data. The data collection will be done in 16 languages to enable people to fill their details properly.

The Union Government had announced on March 2019 that 2021 census will be conducted in two phases with March 1, 2021 as the reference date.

For the hilly areas including Himachal Pradesh and Uttarakhand and Jammu & Kashmir, the reference date will be October 1, 2020. A pre-test of 2021 census is currently underway. It was launched on August 12 and will conclude at the end of September.

The population census not only helps keep a count on the population of India but it also helps in providing the benefit of government schemes to people.

The National Population Register, on the other hand, will help the government solve the many issues in the country. The data for the register was first collected in 2010 and it was updated in 2015 and will be updated again along with the 2021 Census.