ICC Rules: Cricket fans hit back at ICC for declaring England as winners of World Cup on the basis of the number of boundaries scored. 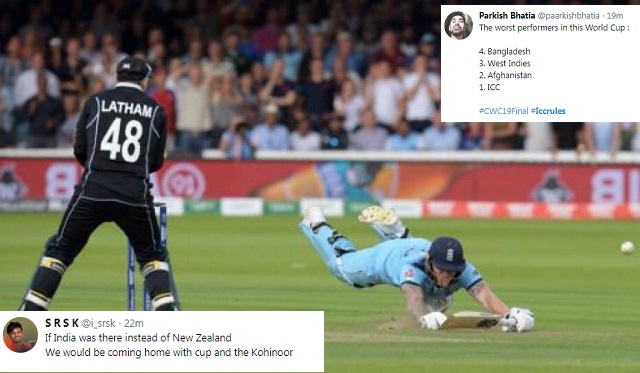 ICC Rules: ICC is facing a huge lashback for declaring England as the new World Champions on the basis on boundaries after the Super Over ended up in a tie. Cricket fans on twitter hit back on ICC rules for overlooking wickets but taking into account boundaries while deciding the winner of ICC World Cup 2019. The England vs New Zealand World Cup final went into the Super Over after the match got tied with England getting all out for 241 in 50 overs. The Super Over also ended in a tie with both England and New Zealand making 15 runs in 6 balls, but England were declared the winners as they had hit more boundaries in the match.

ICC rules on Super Over state that if in the event of a Super Over tie, the team that hit more boundaries (combined from the main match and the Super Over) shall be the winner. The cricket fans ridiculed the rule by pointing out that England had lost all its wickets when the match tied, while New Zealand still had two wickets in hand and this fact was of no significance in deciding the winner of the coveted World Cup. 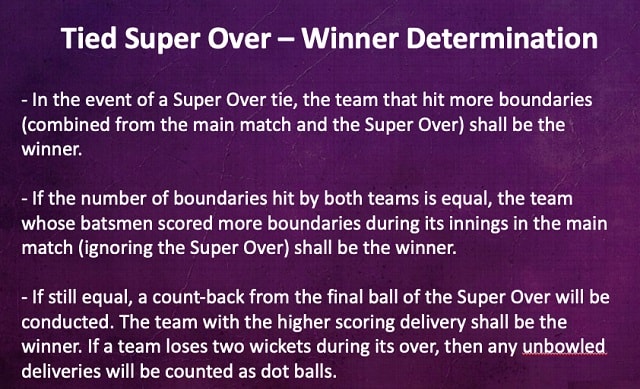 Following are tweets by cricket fans on ICC rules: