ICMR has recently issued guidelines for candida auris, multi-drug resistant yeast, which is reported to cause invasive infections with high mortality.

When C. auris synonyms can develop?

• If the patient is from ICU or high-dependency area

• Transferred from another hospital after a long stay

• Multiple interventions & prior antifungal exposure in any patient

• If the Candida appears to be resistant to fluconazole and high MIC to voriconazole.

Recently NASA has revealed about smallest planet in our solar system that says it has a massive solid inner core. In its final trip around Mercury before crash-landing in 2015, NASA’s MESSENGER mission zoomed in close to the planet, enabling scientists to make detailed measurements of its gravity, spin and internal structure.

As per the NASA information, it has long been known that Mercury and the Earth have metallic cores. Like Earth, Mercury’s outer core is composed of liquid metal, but there have only been hints that Mercury’s innermost core is solid. 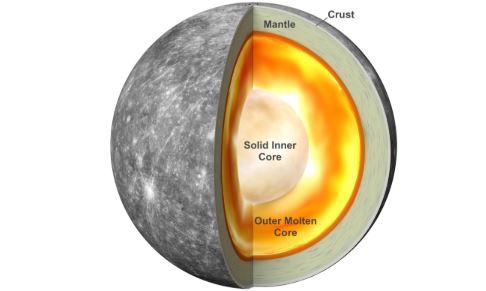