This oil pipeline deal is a part of the six Memorandum of Understanding (MoUs) which were signed between India and Bangladesh during a bilateral meeting between the foreign secretaries of both the countries. 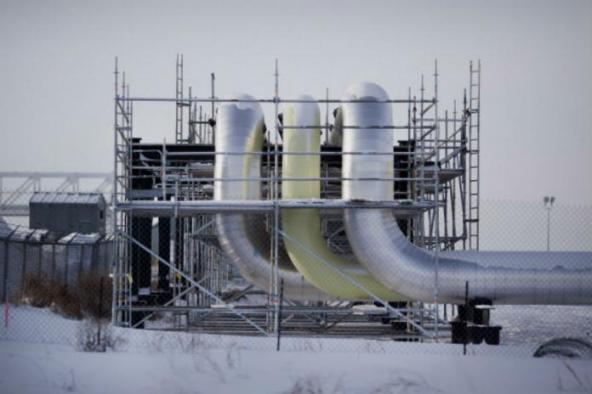 India and Bangladesh on April 9, 2018 signed an agreement to set up a 129.5 km oil pipeline aimed at pumping oil from India to Bangladesh with a capacity of 1 million metric tons per annum.

This 129.5-km long oil pipeline will be built from the Siliguri Marketing Terminal of the Numaligarah Refinery Ltd (NRL) in India to the Parbaripur depot of the Bangladesh Petroleum Corporation (BPC).

The MoU focuses on deepening bilateral cooperation in the hydrocarbon sector.

6 MoUs between India and Bangladesh

This oil pipeline deal is a part of the six Memorandum of Understanding (MoUs) which were signed between India and Bangladesh during a bilateral meeting between the foreign secretaries of both the countries at State Guesthouse Padma, Dhaka.

One of the MoUs was on cooperation between India's Prasar Bharati and Bangladesh Betar, another was for the installation of an Indian Council for Cultural Relations (ICCR) Urdu Chair in Dhaka University.

Both the signed also signed an MoU to set up language labs in 500 schools in Bangladesh and upgrade different roads in Rangpur city of Bangladesh.

Addendum to the GCNEP-BAEC Interagency Agreement

All these MoUs form a part of India’s efforts to undertake projects in Bangladesh in various sectors including education, culture, health and road infrastructure. India has already been providing funds for development of all these sectors to Bangladesh under grant financing.

Apart from these 6 MoUs, India also extended full support to Bangladesh's efforts for resolving the Rohingya refugee crisis, including the early repatriation of the displaced people to Myanmar.

Earlier in September 2017, India sent relief materials for 300000 Rohingyas under ‘Operation Insaniyat’ to support Bangladesh in its humanitarian efforts.

Rohingyas are stateless Indo-Aryan people from Rakhine State, Myanmar. There were an estimated 1 million Rohingyas living in Myanmar and in September 2017, nearly half of them have fled to other countries.

The United Nations officials have described Myanmar's persecution of the Rohingyas as ethnic cleansing, while there have been warnings of an unfolding genocide.

The Rohingya population is denied citizenship under the 1982 Burmese citizenship law of Myanmar.