India gets first Rafale: The first batch of Rafale jets, comprising four aircraft is scheduled to arrive in India in May 2020.

India gets first Rafale: Defence Minister Rajnath Singh received the first of the 36 Rafale fighter jets on behalf of India on October 8, 2019 at a handing over ceremony at Mérignac in Bordeaux, France. The Defence Minister also undertook a sortie, piloted by French Captain Phil.

Rajnath Singh described his sortie in Rafale as extremely comfortable and smooth. Singh also mentioned that the Captain flew him at supersonic speed and it was an unprecedented moment. “I had never imagined that I will get to sit in a combat aircraft and fly at supersonic speed,” the Minister exclaimed.

Rajnath Singh performed a Shastra Puja before receiving the Rafale aircraft at the induction ceremony. The Defence Minister tweeted saying that it has been an ancient tradition in India to worship weapons on the occasion of Vijayadashami.

Also read: Rafale Combat Aircraft: Everything you need to know! 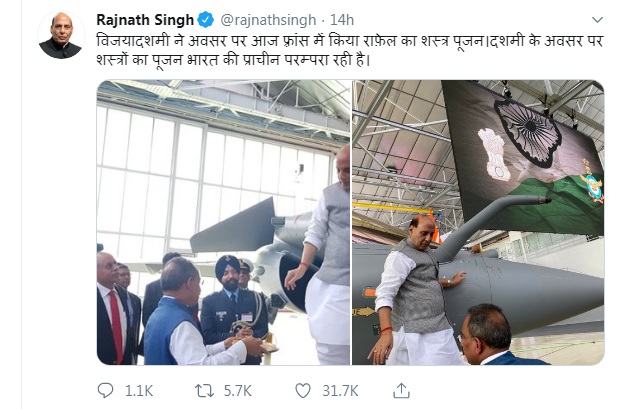 After receiving the Rafale combat aircraft, Rajnath Singh clarified that India does not purchase arms and other defence equipment to threaten any country but only to increase its capabilities and strengthen defences. 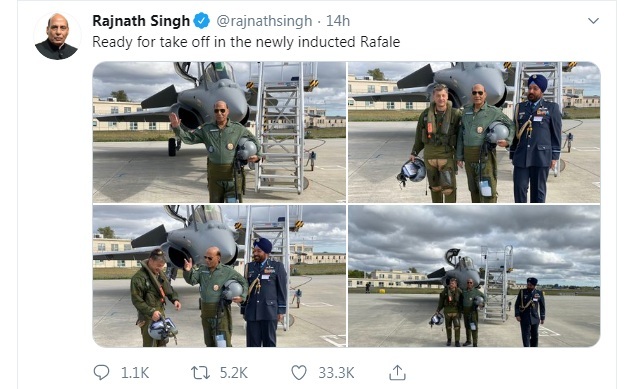 How was the Defence Minister’s first sortie in Rafale?

Defence Minister Rajnath Singh sat in the rear cockpit during his sortie. A French pilot flew the combat aircraft. Singh described his sortie as extremely wonderful and comfortable as the pilot flew him at supersonic speed. 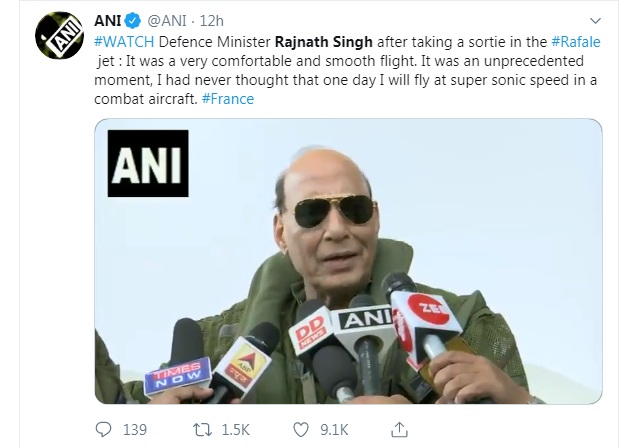 When will India get Rafale?

Why Rafale is important for India?

Rafale combat jet is expected to boost the strength of the Indian Air Force and enhance its combat capabilities. 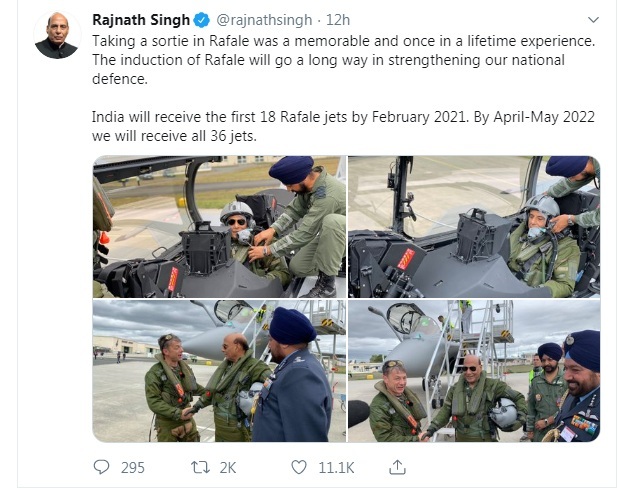 Where was the rafale aircraft acquired from?

The Rafale aircraft has been acquired from France. It has been designed and built by Dassault Aviation.

When was the Rafale deal signed?

India and France signed the Rafale deal worth Rs 59000 crore in September 2016.

Where did the Rafale handover ceremony take place?

The Rafale handover ceremony took place at Merignac in Bordeaux, France, in a facility of Dassault Aviation. The area is around 590 km from Paris. 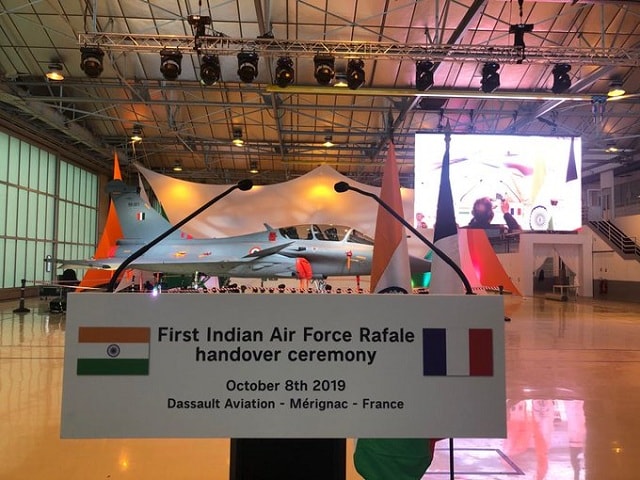 Will Rafale aircraft be used for attack?

Defence Minister Rajnath Singh clarified that the Rafale Aircraft is not meant for attack purposes but it will serve as a deterrent and boost India’s self-defence capabilities.