India is fifth largest military spender in the world: SIPRI

The total global military expenditure accounted for 2.2 percent of the global Gross Domestic Product in 2017. 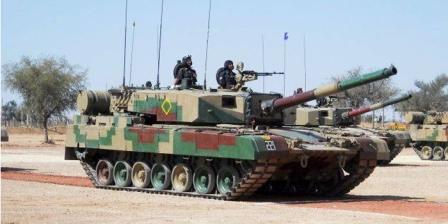 India is fifth largest military spender in the world: SIPRI

The Stockholm International Peace Research Institute (SIPRI) on May 2, 2018 released a report claiming that the world’s military expenditure rose to USD 1739 billion in 2017, a marginal 1.1 percent increase from 2016.

Key Highlights of the report

• The total global military expenditure accounted for 2.2 percent of the global Gross Domestic Product in 2017.

• The increase in global military expenditure has been largely due to the substantial growth in spending by countries in Asia, Oceania and the Middle East, such as China, India and Saudi Arabia.

• The top 5 military spenders in 2017 were the United States, China, Saudi Arabia, Russia and India.

• India and China, together, accounted for 60 percent of the total global defence expenditure of USD 1739 billion in 2017.

• The total military spending by all 29 North Atlantic Treaty Organization (NATO) members was USD 900 billion in 2017, accounting for 52 percent of world spending.

• The military spending in both Central and Western Europe increased by 12 and 1.7 percent, respectively, in 2017.

• Tensions between China and many of its neighbours continue to accelerate the military spending in Asia.

• The military expenditure of South America grew by 4.1 percent in 2017.

• The military expenditure of Africa fell by 0.5 percent in 2017, marking the third consecutive annual decrease since 2014.