The agreements were signed in the presence of Panama’s President Juan Carlos Varela Rodrigues and Vice President and Foreign Minister Isabel de Saint Malo and Indian Vice President M Venkaiah Naidu during his visit to the nation. 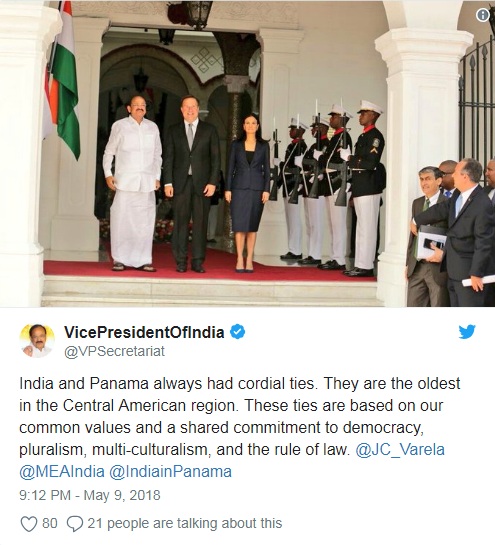 • Naidu praised Panama for including India for strengthening relations for its Falcon policies.

• He also said that two centres for Biodiversity and Innovation will be setup by India in Panama worth US $10m and US $15m each.

• Naidu also implied on having support from Panama for the following:

ii. India’s candidature to the Council of International Telecom Union (ITU), the elections for which will be held in October – November 2018 in Dubai, UAE.

Objective of the visit