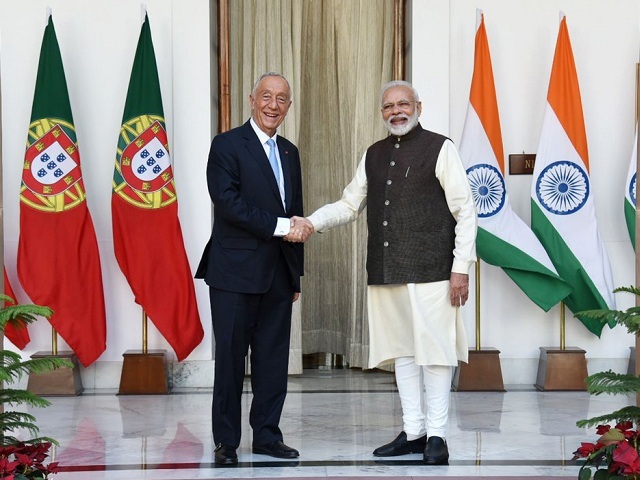 The Portuguese President was given a ceremonial welcome at the Rashtrapati Bhavan on February 14. He also visited Rajghat and paid tributes to Mahatma Gandhi.  He was accompanied by Secretary of State for National Defence Jorge Seguro Sanches, Minister of State and Foreign Affairs Professor Augusto Santos Silva and Secretary of State for Internationalization Professor Eurico Brilhante Dias.

Following 7 MoUs were also announced between India and Portugal:

India and Portugal have seen significant progress in their relationship for the past 15 years.