The GSLV rocket successfully placed the satellite in a Geosynchronous Transfer Orbit (GTO) and from GTO, the satellite will be taken up to its final geostationary orbit by three orbit raising manoeuvres. 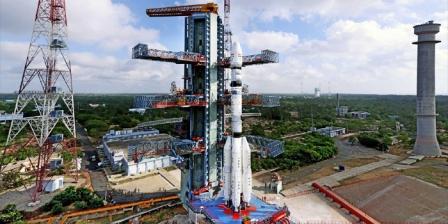 Soon after separation from GSLV, the two solar arrays of GSAT-6A were automatically deployed in quick succession and the Master Control Facility (MCF) at Hassan, Karnataka assumed control of the satellite.

GSAT-6A is a communication satellite built by ISRO to provide mobile communication services through multi beam coverage. For this purpose, the satellite is equipped with S and C band transponders and has a mission life of about ten years.

Insertion of GSAT-6A satellite into GTO

• The GSLV rocket successfully placed the satellite in a Geosynchronous Transfer Orbit (GTO) and from GTO, the satellite will be taken up to its final geostationary orbit by three orbit raising manoeuvres.

• Later, the orbit of GSAT-6A will be raised from GTO to the final circular Geostationary Orbit (GSO) by firing the satellite's Liquid Apogee Motor (LAM) in stages.

• The Satellite will be commissioned into service after the completion of orbit raising operations and it will be positioned in the designated slot in GSO, following the in-orbit testing of its payloads.

The GSLV is a three stage rocket. The core of first stage is fired with solid fuel and the four liquid propellant strap-on motors are ignited with the liquid fuel, the second stage is the liquid fuel-propelled and the third is the cryogenic engine.

Controversy regarding GSAT-6A and GSAT-6

The GSAT-6A satellite is similar to the GSAT-6.

These two satellites became a subject of controversy as 90 percent of transponders were supposed to be leased to Bengaluru-based Devas Multimedia by the ISRO's commercial arm Antrix Corporation under a deal, which was cancelled in February 2011 as India's defence needs had to be met.

Under the deal, Devas was to use the transponders of GSAT-6 and GSAT-6A in the crucial S-Band wavelength for its digital multimedia service for 12 years.

Antrix signed the USD 300 million contract with Devas in January 2005 and obtained the sanction of the Space Commission and the Union Cabinet without informing the government that transponders would be leased to Devas.

However, the controversy and the legal fight is continuing between Antrix and Devas.