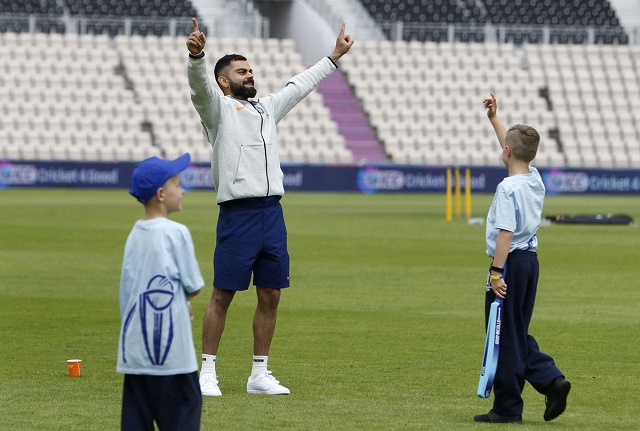 India vs Afghanistan Southampton Latest Weather Update: According to the latest weather report from the UK Met department, the Southampton weather prediction for today is mostly sunny throughout the day and cloudy at nighttime. So the good news is that fans will finally get to see a full 100 overs India match. Team India is scheduled to take on Afghanistan today, June 22, from 3pm IST onwards at the Rose Bowl stadium in Southampton.

All eyes are on the weather in Southampton, as India has already had one of its matches washed out due to rain and another majorly affected by poor weather. India vs New Zealand world cup match in Nottingham had got washed out due to rain and in India vs Pakistan match, ten overs were reduced for Pakistan after the play was interrupted repeatedly by rain. However, since India had put up a formidable total of 336/5 in 50 overs while batting first, it profited and defeated Pakistan by 89 runs under Duckworth Lewis method.

India will look to maintain its unbeaten streak against Afghanistan, as due to one washout, India needs to win all of its remaining world cup matches to book its semi-final berth. While India is riding high on 3 wins from four games, Afghanistan with five back-to-back defeats is preparing itself for another rampage at the hands of Team India.

The Afghanistan team is ridden with issues both on and off the field. The team’s star player, Rashid Khan, has been surprisingly disappointing so far.

So, as of now, rain is not expected to play spoilsport in the match. So the good news is that fans will finally get to see a full 100 overs game at Southampton.