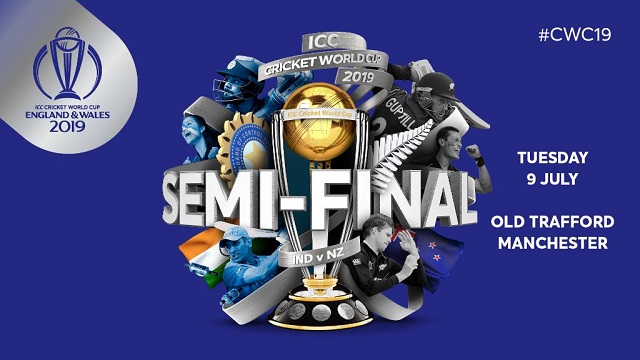 India vs New Zealand semi-final 2019 head-to-head, Ind vs NZ prediction: The India vs New Zealand World Cup semi-final live streaming will begin today at 3pm from Old Trafford cricket ground in Manchester. This would be India and New Zealand’s first face off in World Cup 2019. India has played in Manchester before, when team India they triumphed over Pakistan by 89 runs under DLS method. Weather is yet again a major concern today with light showers predicted during the day. Let us have a look at dream11 predictions, predicted playing XI, key battles and current form of India and New Zealand.

India and New Zealand were previously the unbeaten teams in the World Cup 2019. While India lost one match against England, New Zealand was found struggling in the latter half of the group stage after consecutive defeats against Pakistan, Australia and England. Hence, India will be coming into the semi-final riding on a high after its top finish in the world cup points table following its 7-wicket win over Sri Lanka and New Zealand will be coming into the match after its loss against England.

However, New Zealand now have a chance to redeem themselves with a win over India. A win here will send India packing back, bringing an end to their striking world cup journey. India will need to put their previous wins behind and focus on the semi-final with a renewed determination. India has players that can win the match for them. Let us look at some of the key player face-offs:

1.Rohit Sharma vs Trent Boult
The Indian hitman with 647 runs will be looking to make a new world cup record today by becoming the highest World Cup run scorer ever, overtaking Sachin Tendulkar himself. On Sharma’s path will be New Zealand’s bowling champion, Trent Boult who has picked up 15 wickets so far in the world cup tournament. Who will succumb to whom, only the match will tell.

2.Kane Williamson vs Jasprit Bumrah
Jasprit Bumrah is currently ranked as the third highest wicket-taker in World Cup 2019 with 17 wickets to his name. Bumrah is also ranked as the world’s best bowler. Kane Williamson, the New Zealand skipper on the other hand, is one of the best batsmen in the world today and it would be interesting to see who will triumph over whom when the two come face to face.

3 Virat Kohli vs Lockie Ferguson:
Virat Kohli, though low on hundreds, has been one of the most consistent players in this edition of the World Cup. Lockie Ferguson has also been considerably consistent by taking 17 wickets so far in the world cup. How will Virat play Ferguson only the match will tell.