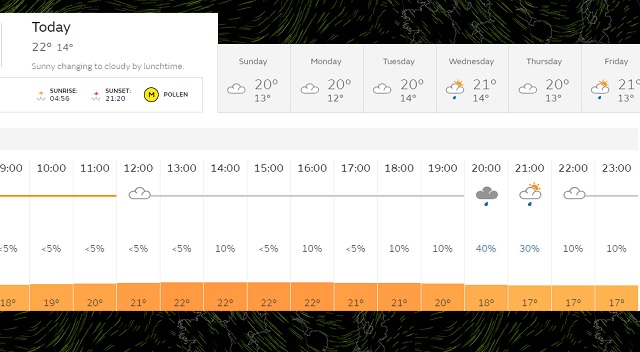 India vs Sri Lanka Weather Update, Leeds weather report: India is set to take on Sri Lanka in its last world cup group stage match today at Headingley, Leeds. The match will begin from 3pm IST. The match is crucial for India, as it eyes the first spot in the world cup points table. However, the Leeds weather report predicts rain in the second half.

The current Headingley Leeds weather report states very cloudy weather. However, the Leeds weather report reveals that after noon, the weather will change from sunny to cloudy. It is expected to rain in the afternoon and in the evening. Hence, rain is likely to affect India vs Sri Lanka match in the second half. The Headingly pitch is expected to offer good movement to the pacers.

The London and south-east England weather forecast, where India vs Sri Lanka match will be played, states largely sunny initially but becoming increasingly cloudy, with some outbreaks of rain in the north from the late afternoon. The maximum temperature is expected to be 22 degrees.

The UK Met department predicts early rain on Saturday but the clouds are expected to clear by mid morning, paving way for the sun to come out with fair share of clouds.

How will a washout impact India?

Since Australia and India, both have a match today, the result will decide who will end up at the top of the world cup points table. India has to beat Sri Lanka and bank upon South Africa to beat Australia to end up first on the world cup points table. If India will be ranked first, it will be playing the fourth-ranked New Zealand in the semi-finals. This way India will avoid playing England, which is ranked third. England is the only that has managed to beat India in World Cup 2019.

However, if India loses today, or its match gets washed out, then it will remain in the second spot and will have to face England at Edgbaston, Birmingham on July 11, Thursday. Hence, India cannot afford a washout today.

India’s match against Pakistan was also majorly affected by rain, which led to DLS method coming to play and 10 overs were reduced in the second half during Pakistan’s batting.

The next week would see the semi-finals being played between Australia, India, England and New Zealand. The weather forecast for next week, however, is concerning as it predicts spells of heavy showers. The rain would be more unpredicatable then.