India vs West Indies Key Faceoffs: Virat Kohli is just 37 runs away from becoming the fastest to score 20,000 international runs. 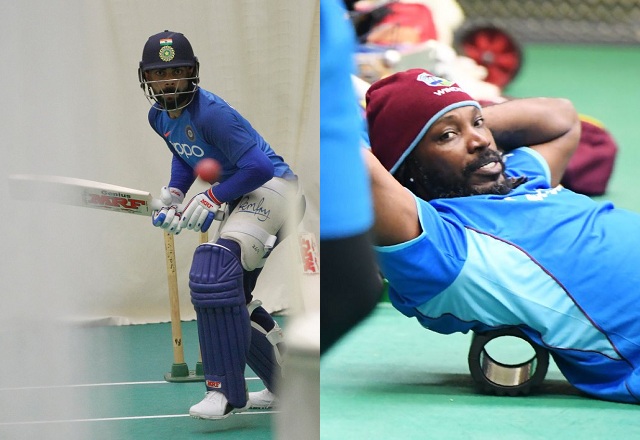 With only a few hours remaining for India vs West Indies clash, it would be interesting to see how the Indian batsmen and bowlers will fare up against unpredictable yet destructive West Indies team. Here are some of the key battles to look forward to:

It would be interesting to see what will happen when one of the world’s most destructive batsmen will face one of the world’s fastest bowlers. Chris Gayle is known for his big hits, if he sticks, he could mean serious trouble for India. So it would be the top priority of the Indian bowlers to get rid of him early, especially Jasprit Bumrah. The interesting fact is that Jasprit Bumrah has never faced Gayle in a 50 overs match, only in T20 format.

Sheldon Cottrell has been extremely fast for the West Indies and has been able to strike early with the new ball. India’s Rohit Sharma, on the other hand, has been in outstanding form throughout the world cup with the only exception being his one run against Afghanistan. So Sharma and Cottrell’s face-off would be definitely interesting to watch.