Harish Salve has been appointed as the Queen's Counsel for the courts of England and Wales. 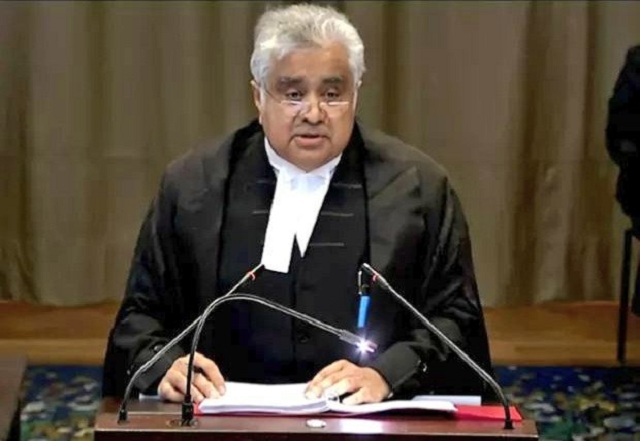 Senior Indian Advocate Harish Salve has been appointed as the Queen's Counsel (QC) for the courts of England and Wales. The title of the Queen's Counsel is conferred upon those who have demonstrated particular skill and expertise in the legal field.

Harish Salve’s appointment was announced when the UK’s Ministry of Justice released the new list of silk appointments on January 13, 2020. The renowned lawyer will be formally appointed to the position on March 16, 2020.

Salve and other appointees will be formally appointed in an appointment ceremony presided by the Lord Chancellor at the Westminster Hall.

Harish Salve: All you need to know!

• Harish Salve was the Solicitor General of India from November 1999 to November 2002. He is currently a barrister with the legal firm - Blackstone Chambers.

• Harish Salve did his LLB from Nagpur University and began his legal career in 1980 with JB Dadachandji & Co.

• He was designated as a Senior Advocate by the Delhi High Court in 1992. He went on to serve as the Solicitor General for India from 1999-2002.

• He had also played a key role in the Hyderabad Nizam funds case, in which India had won decades-old legal dispute with Pakistan at the UK Court over £35m-worth funds belonging to the 7th Nizam of Hyderabad.

• Salve was called to work at the Blackstone Chambers in 2013.

Harish Salve was the lead counsel in the Kulbhushan Jadhav extradition case at the International Court of Justice (ICJ).

In a major victory for India, the international court in a 15-1 verdict had upheld India’s claim that Pakistan had violated the Vienna Convention by denying consular access to Jadhav.

The International court had ordered a stay on his execution and ordered Pakistan to review and reconsider Jadhav’s death sentence order given by a Pakistani military court.

The ICJ had also directed Pakistan to ensure Jadhav gets a fair trial. Harish Salve had charged just Re 1 to represent India in the case.

What is the Queen's Counsel?

The lawyers are appointed through individual letters to be one of “Her Majesty’s Counsel”. They are not different from regular lawyers, just more long-serving as their status is given by the Crown and recognized by the courts.

The special counsel enjoys the privilege of sitting within the Bar of court and wearing silk gowns of a special design. The special silk robes are the reason why the appointments to the Queen’s counsel are often called "taking silk" or as the silk appointments.

A lawyer is required to serve as a barrister or a Scottish advocate for at least 10 years in order to be appointed to the special counsel.

In January 2019, Indian advocate Dipen Sabharwal was appointed as the Queen’s Counsel.