It has been 37 years since India beat the mighty West Indies to lift its first-ever Cricket World Cup and create a new history in cricket.

The West Indies had won the first two editions of the cricket world cup, held in 1975 and 1979 and the team had been looking to win the third in 1983. However, India, which was considered as the underdogs in the tournament, surprised everyone including the players themselves by qualifying for the finals and defeating the Windies in an unthinkable result. 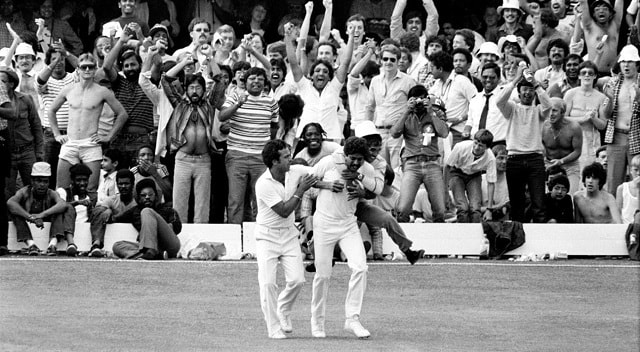 India, considered as one of the weak sides before heading into the tournament beat the mighty West Indies in their very first group match. In their final encounter in the world cup finals, though India struggled a bit, it was eventually able to yet again triumph over West Indies, one of the best cricket teams of that time, to create a new history in Indian cricket. India’s World Cup victory was something even the players had not imagined, as they had not thought that India would progress beyond the group stage.

India’s first world cup victory is the only time India has lifted the prized trophy away from home. It is notable that this day comes around the same time when India is gearing up to repeat the history with its unbeaten performance in the ongoing cricket world cup.

•  Kapil Dev-led India had lost the toss and were made to bat first. India managed to score just 183 runs with Krishnamachari Srikkanth being the top scorer with 38 runs. No other Indian batsman managed to cross the 30-run mark.

•  West Indies was finally bowled out for 140 runs and the final wicket of Michael Holding was taken by Mohinder Amarnath.

•  India won the World Cup finals by 43 runs and Mohinder Amarnath was named the Man of the Match. He had scored 26 runs and picked up three crucial wickets.

The matches comprised 60 overs and were played in traditional white clothing and with red balls. They were all played during the day.