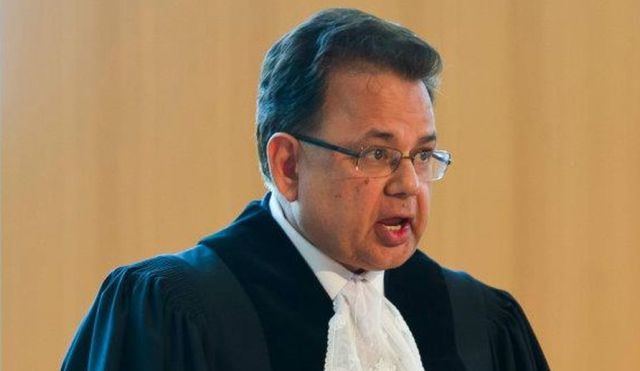 India's nominee Dalveer Bhandari was re-elected to the International Court of Justice (ICJ) on 21 November 2017.

Bhandari received 183-193 votes in the General Assembly and secured all the 15 votes in the Security Council after separate and simultaneous elections were held at the UN headquarters in New York.

Bhandari and Britain's Christopher Greenwood were locked in a neck-to-neck fight for re-election to the ICJ. However, in a dramatic turn of events Britain withdrew its candidate from the race, thus paving the way for Bhandari's re- election to the prestigious court.

• Britain being the fifth permanent member of the Security Council was reported to have the support of the Council’s other permanent members including the US, Russia, France and China.

• However, Britain’s candidate, Judge Christopher Greenwood decided to withdraw from the election right before the 12th round of voting.

• The election was being held to fill up the last seat at the international court.

• In the 11 rounds of voting, Bhandari had got nearly two- thirds of the votes in the General Assembly and in Security Council.

Though with Greenwood’s withdrawal Bhandari was the only candidate left in the race, the General Assembly and Security Council still went through the formal motion of voting to complete the formalities.

Justice Bhandari was nominated by the Government of India as its official candidate at ICJ in January 2012. Bhandari won the elections held on 27 April 2012 after securing 122 votes in the United Nations General Assembly, much above his opponent, Florentino Feliciano from Philippines who won just 58 votes. The current win has won him a second term at the prestigious post.