As a part of the exercise, both the nations will be sharing the expertise of each other’s contingents to conduct counter insurgency operations in the jungle terrain of Malaysia. 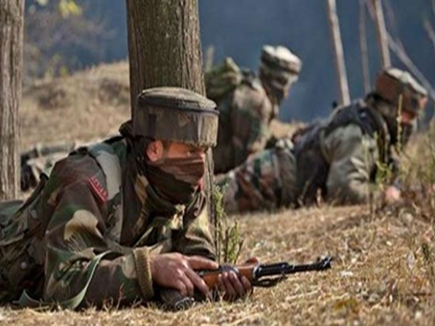 Indian and Malaysian armies will be conducting the joint training exercise ‘HARIMAU SHAKTI 2018’ in the dense forests of Sengai Perdik, Hulu Langat, Malaysia from April 30, 2018 to May 13, 2018.

Highlights of the HARIMAU SHAKTI 2018

• As a part of the exercise, both the nations will be sharing the expertise of each other’s contingents to conduct counter insurgency operations in the jungle terrain of Malaysia.

• Indian contingent will be represented by 4 GRENADIERS, one of the oldest infantry battalions having rich operational experience in conventional as well as counter insurgency warfare.

• While, the Malaysian contingent will be represented by soldiers from 1 Royal Ranjer Regiment and the Royal Malay Regiment; both are known for their experience in Jungle Warfare.

• The exercise will involve a cross training phase followed by a field training phase of seven days in the jungles of Hulu Langat wherein both armies will jointly train, plan and execute a series of training activities.

• The focus of the entire exercise will be on tactical operations in jungle warfare.

• It will not only provide an excellent opportunity to both the armies to sharpen their operational skills but will also contribute to enhance the strategic partnership between India and Malaysia.

This is the first time wherein a joint training exercise involving Indian and Malaysian soldiers will be organised on Malaysian land.