The International Space Station has turned 20 years old on November 20, 2018. The project was kicked by Russian space agency Roscosmos when it launched its Zarya module from the Baikonur Cosmodrome in Kazakhstan on November 20, 1998.

The International Space Station (ISS) turned 20 years old on November 20, 2018. The project was kicked by Russian space agency Roscosmos when it launched its Zarya module from the Baikonur Cosmodrome in Kazakhstan on November 20, 1998.

The launch was followed by NASA’s Unity module. The pair was joined in low-earth orbit, which kick-started a 13-year construction effort of the most ambitious construction project in the history of humanity. The result of the effort was a habitable artificial satellite, which currently serves as a giant orbiting observatory and laboratory.

• On November 20, the International Space Station reached a two-decade milestone since the launch of its first module.

• On this day in 1998, aerospace engineers from Russia and the United States celebrated the lift-off of the Russia-built, US-funded unit Zarya (“sunrise”) as it took off from Kazakhstan’s Baikonur Cosmodrome.

• At 11:40 am, the first component of the ISS made its way into orbit where it served as the foundation of an international space exploration program that continues today.

• The most significant thrust for the success of the project was the co-operation between former Cold War rivals- the United States and Russia (part of Soviet Union that disintegrated in 1990).

• Zarya would not have been possible had the two nations not kept aside the decades of nuclear tensions to share the expertise both sides had accumulated during and after the Space Race of the 1960s to further the common good.

• Following the collapse of the Soviet Union in 1991, the US tapped Russia’s skilled but idle space industry to help bring down costs and expedite Ronald Reagan’s 1984 vision of a “permanently manned space station.”

• In their audacious bid to create a continuously inhabited structure 250 miles above the Earth, the long-time adversaries found a common ground.

At that time, the station wasn’t as big as it is today.

Over the next two decades, space agencies based in 15 countries including the UK, Italy, Japan, Canada, France, Denmark, Germany and Spain jointly contributed to transform the complex technological instrument into a vast space station with 15 pressurised components.

Over 136 space flights from seven different types of craft were deployed to deliver parts to the engineers. The large modules were delivered on 42 assembly flights, 37 on US shuttles, five on Russian Proton and Soyuz rockets.

The ISS currently serves as the largest, peaceful scientific collaboration in history. The multination partnerships have helped defray the burden of the ISS’s functioning.

The continuous staffing of the orbiting laboratory with a multinational team of six has also relied on heavy intercontinental collaboration.

According to NASA, 230 individuals from 18 countries have visited. The collaborations between mission controls have also helped sustain missions.

The cosmic collaborations on the station have also guaranteed that even amid diplomatic standoffs, communication channels between ISS nations cannot be closed off completely.

During the 2014 Crimea crisis, when the Russian and US relations were mired in sanctions, their space agencies -NASA and Roscosmos -continued to cooperate on the Space Station.

Missions Prior to ISS

The ISS is the ninth space station to be inhabited by crews, following the Soviet and later Russian Salyut, Almaz, and Mir stations and Skylab from the US.

The ISS has made the record of the longest continuous human presence in low Earth orbit, having surpassed the previous record of 9 years and 357 days held by Mir. 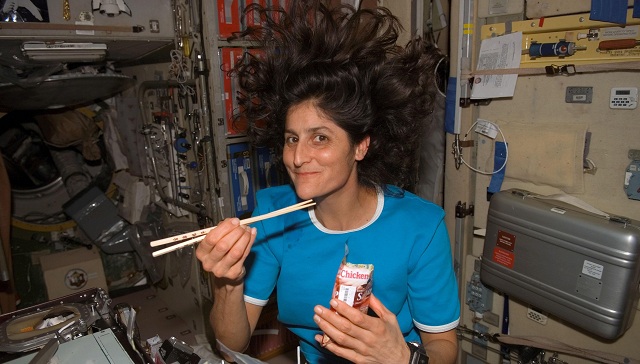 While the governments are looking to explore the Moon, Mars and beyond, the future of the 20-year-old ISS remains unclear, as NASA has committed funds only until 2024.

There also have been preliminary talks of de-orbiting the station and crashing it into the Pacific Ocean or handing over the keys to private companies.