Delhi Elections 2020: Individuals need to cast their votes on the Electronic Voting Machines (EVMs) available at the polling booths. India has been using EVMs since 1999 to conduct the polling. There is no option for voters to cast votes online. 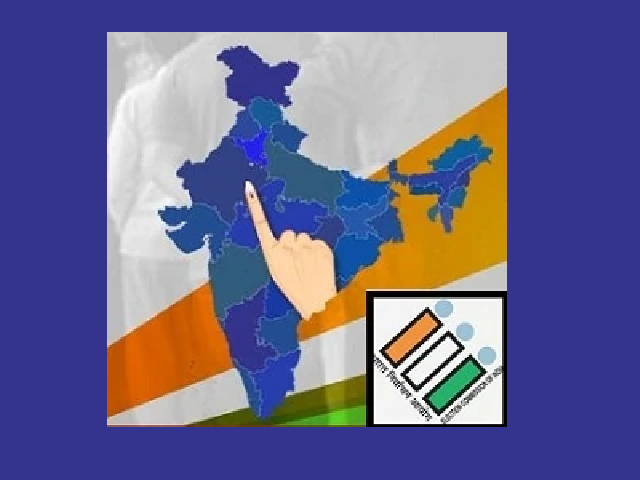 Delhi Assembly Elections: All the 70 constituencies of Delhi will go to polls on February 8, 2020. The Delhi Elections will witness a tough fight between the incumbent Aam Aadmi Party (AAP), Bhartiya Janata Party (BJP) and Congress. Citizens who intend to cast their vote in the upcoming Delhi Elections need to visit the designated polling booths. There is no provision of Online Voting in India as of now, be it for a Resident Indian or Non-Resident Indian (NRI). India does not follow the process of online voting.

The Election Commission of India (ECI) carries out polling through the Electronic Voting Machines (EVMs). Individuals, who are 18 years or above, are eligible to cast their votes on the EVMs to choose their leader.

Use of Electronic Voting Machines (EVMs)

India has been using Electronic Voting Machines (EVMs) since 1999 to conduct the polling. The EVM is an electronic device used for casting votes. It is more secure and transparent means of conducting the elections. Neither it can be corrupted nor modified in any possible way.

Why is there no online voting system in India?

Despite the fact that smartphones and internet usage in India has grown massively in recent years, there is still no option for voters to cast votes online. This could be supported by following reasons:

Clarification from Election Commission regarding fake news on online voting

During the Indian General Elections 2019, the Election Commission of India (ECI) filed a complaint with the Delhi Police, asking it to track down those spreading fake news that NRIs can cast their vote online in the Lok Sabha Elections 2019. The Commission issued a warning to voters after misleading social media posts claimed voters can take part in the election online.

The fake post was uploaded on the social media giants Facebook, Twitter and WhatsApp and claimed that voters holding Indian passport can vote online for 2019 elections. The Election Commission’s logo was used on the post to mislead people.

The commission reiterated that there is no online voting facility for any category of voter. To cast the vote, overseas electors or voters need to visit designated Polling station with their Passports.

Who is an overseas elector or voter?

- Member of the Armed Forces

- Member of an Armed Police Force of a State, and serving outside that state; or

- A person employed under the Government of India, serving outside India

- The Service voters can use postal ballot services or cast a proxy vote.