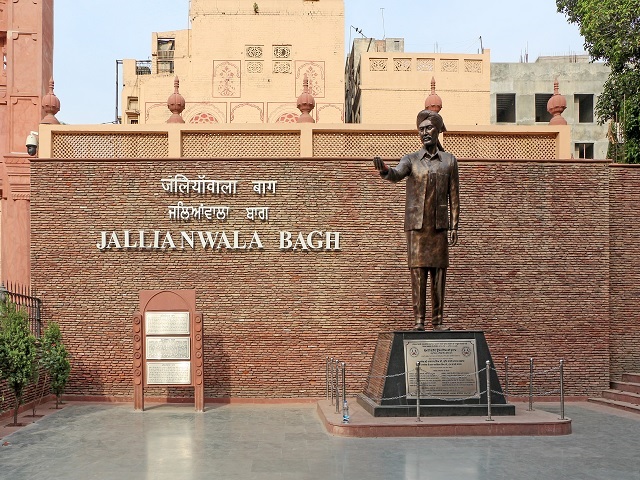 The Jallianwala Bagh National Memorial (Amendment) Bill, 2019 was passed by a voice vote in the Rajya Sabha on November 20, 2019. The National Monuments Act, 1951 provided that its trustees would be Congress heads. As per the provision, the central government nominates three trustees for this trust for five years.

The central government can now remove the trustees before completing their term for any reason. Minister of State for Culture and Tourism Prahlad Singh Patel said while presenting the bill, 'Everyone should agree on this and rise above party politics after 100 years of Jallianwala Bagh massacre.’ The Lok Sabha has passed this bill on 2 August.

• The Bill contains an amendment to the Jallianwala Bagh Memorial Act 1951.
• It has the provision to remove the President of the Congress Party as a permanent trustee of the memorial.
• The Bill makes it clear that when there is no leader of the opposition in the Lok Sabha, only the leader of the largest opposition party will be made a Trustee.
• The Bill empowers the Central Government to remove a nominated member without any reason before his term ends.

Minister of State for Culture and Tourism Prahlad Singh Patel said in the parliament that the government is committed to honouring all the martyrs of the independence movement and this amendment is a step towards that direction. The Jallianwala Bagh Trust was established in 1921 which was funded by the public. In the year 1951, a new trust was formed and a special person was made a trustee without holding any constitutional post.

Now, the government is inducting elected people into constitutional and administrative posts. No special person will be nominated. Also, these members will be replaced after every five years. Also, kin of the martyrs would also be included in the trust.

Some dates in the history of India can never be forgotten. 13 April 1919 is one of those dates. The Rowlatt Act was enacted in the country in 1919. The Viceroy had gained a lot of strength due to the act. This act included suppressing freedom of the press, imprisoning any politician in jail without a warrant and arresting any person without warrant. People in Jallianwala Bagh were protesting against the bill. The Jallianwala Bagh had only one entrance.

Meanwhile, Brigadier-General Reginald Dyer of the British Army reached through a narrow lane with a contingent of about 90 soldiers. He started firing on the people present there without any warning. Several hundreds of people died on the spot and it has become one of the biggest incidents of Indian Freedom Movement.