Kedarnath Singh won the Sahitya Akademi Award in 1989 for his poetry collection Akaal Mein Saras and the Jnanpith Award in 2013. 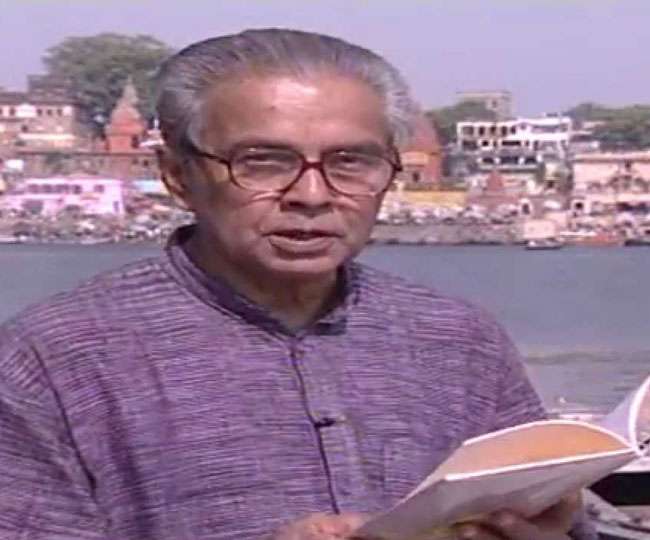 Eminent Hindi poet and Jnanpith awardee Kedarnath Singh passed away on March 19, 2018 in New Delhi following a prolonged illness. He was 84.

Kedarnath Singh was among India’s most prominent modern Hindi poets, besides being an essayist and a well-known critic.

• Kedarnath was born on July 7, 1934 in village Chakia of Ballia district in eastern Uttar Pradesh.

• He did his MA and Ph.D from Kashi Hindu Vishwavidyalaya.

• He worked as a professor and as the Head of the Department of Hindi Language at Jawaharlal Nehru University’s Indian Languages Centre.

• He was known for his simple style of writing, which was often inspired by objects of everyday life.

• He won the Sahitya Akademi Award in 1989 for his poetry collection Akaal Mein Saras and the Jnanpith Award in 2013.