The Lancet Countdown Report 2019 was prepared by experts and scientists from 35 academic institutions and UN agencies. 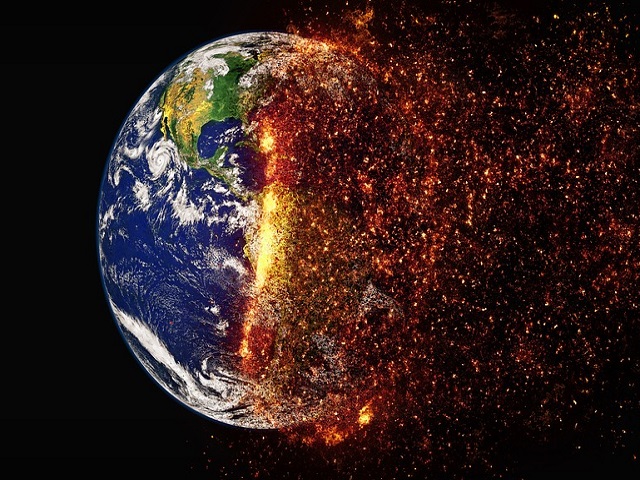 The Lancet Countdown Report 2019 highlights the fact that if global warming does not mitigate and the world continues to move in the same way, today's children will be facing a 4 degree hotter world on their 71st birthday.

The report highlights that today's children are the most affected by climate change. Their body and immunity are still developing. In such a situation, they are being affected due to pollution and experience lifelong health issues. The Lancet Countdown Report 2019 says that Climate Change has become a global concern that results in rising temperatures, frequent and extreme weathers.

The report was prepared by experts and scientists from 35 academic institutions and UN agencies. The report also explained that the entire eco-system has been affected due to climate change and immediate action is required.

Lancet Countdown Report 2019: Child Health Findings
• If the world progresses like this, then not only the childhood but the whole life will be affected from adolescence to old age.
• The report said that if the Paris Agreement is implemented then today's child will see good results in his sixth and eleventh birthday.
• If global warming is not stopped and the world continues to move in this way, then today's children will be facing a four degree hot world on their 71st birthday.
• At that stage diseases will increase due to heat stroke, grain production will be reduced. In such a situation, these children will face health hazards at every stage of their lives.

Agriculture related Findings
• It was highlighted in the report that the average production of major crops like maize and rice has been declined in India by 2 per cent since the 1960s.
• Production of four key crops, wheat, maize, rice and soyabean has been declined globally by 6%, 7.4%, 3.2% and 3.1% respectively.
• Agricultural losses due to rise in temperature will further increase if concrete steps will not be taken.
• Fisheries and aquaculture has been threatened due to ocean acidification, sea-level rise, frequent weather events and sea-surface temperature rise.

Pollution related Findings
• The Lancet Countdown Report 2019 highlights that dangerous level of outdoor fine particulate air pollution (PM 2.5) was the reason of over 5 Lakh premature deaths in India in 2016.
• In India, coal contributed to over 97,400 deaths while coal based energy supply increased 11% in India.
• Pollution in India will lead loss of life, health issues, climate problems and ecological challenges.