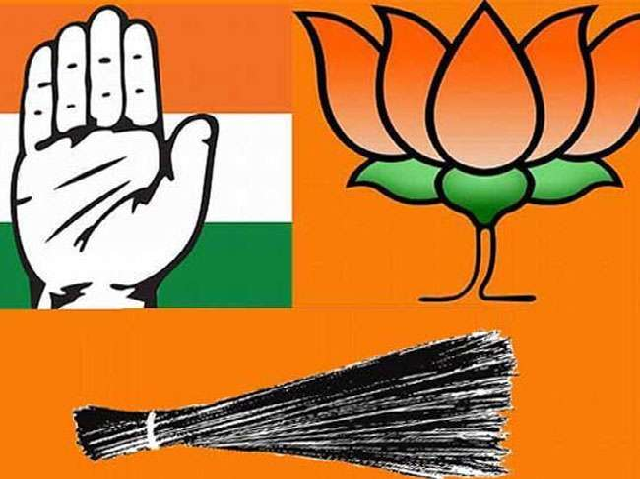 Delhi Elections 2020: National Capital, Delhi will go to polls on February 8, 2020. All the 70 constituencies will witness the polling in a single-phase. The current Delhi Legislative Assembly’s tenure will end on February 22, 2020. A party needs to form a new government in the state before 22nd February. The Election Commission of India (ECI) has fixed February 12, 2020 as the deadline for completion of Delhi Elections.

The Election Commission will announce the Delhi Election Results on February 11, 2020. Citizens who are above 18 years of age will be eligible to vote in the Delhi Assembly Elections. To cast vote in India or any State Assembly, one needs to fill an application ‘Form 6’ and submit it to the Electoral Registration Officer in his or her Assembly Constituency. After proper verification, person’s name is included in the electoral roll as a voter.

Along with Form 6, one has to submit a passport size photograph and copies of proof of age and residence. The Form 6 is required to enroll a new voter and get a voter ID. Any person who is above 18 years of age can fill the form.

Search for your name in Delhi’s Electoral Roll

Only those citizens can cast their vote whose names have been included in the Electoral Roll. To search for your name in the electoral rolls, use the Elector’s Photo Identity Card (EPIC) number mentioned on your voter ID card. You can also search by name. The Roll contains the details of Polling Station including Name, Address, and Serial Number.

How to locate your polling booth in Delhi?

Am I eligible to vote without Voter ID card?

If the Electoral Roll contains your name, you are eligible to vote, even if you do not possess the Voter ID Card. In such cases, individuals need to carry any one Photo ID Proof from the following:

- Only Voter ID is not enough to cast a vote; a person can vote only if his or her name appears in the Voter List, also known as Electoral Roll.

- If your name appears on the electoral roll, you are eligible to vote otherwise you need to register to vote.

- You can confirm if you are on the electoral roll by:

Mobile phones, cameras and other gadgets are not allowed inside a polling booth.