The London School of Economics and Political Science (LSE) has announced the creation of the Amartya Sen Chair in Inequality Studies. 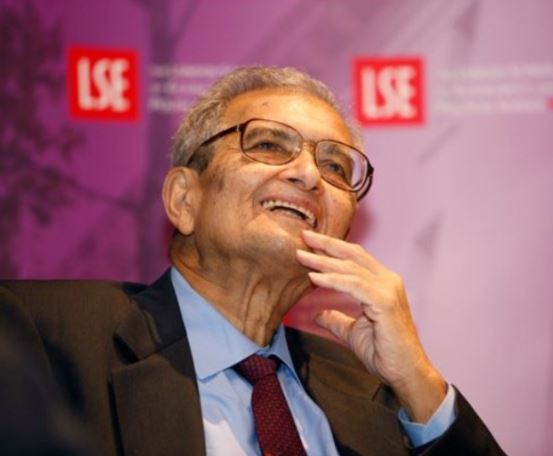 The London School of Economics and Political Science (LSE) has announced the creation of the Amartya Sen Chair in Inequality Studies, named in honour of the India-born economist, philosopher and Nobel laureate, who was Professor of Economics at LSE from 1971-82.

The public announcement of the chair was made during LSE’s biannual Amartya Sen Lecture. The lecture, 'Foundations of State Effectiveness', was delivered by Professor Sir Tim Besley with Professor Sen serving as discussant and LSE Director Minouche Shafik chairing.

The inauguration of the Amartya Sen Chair marks a further milestone for the International Inequalities Institute (III), following the 2016 launch of the Atlantic Fellows for Social and Economic Equity programme, backed by a historic 64 million pounds, 20-year gift by The Atlantic Philanthropies, the School’s largest to date.

The Services team emerged as winner of the 2019 Santosh Trophy. Services secured the title with Bikash Thapa's 61st-minute strike that decided the contest. Services beat Punjab the last time these two teams met in the final of this tournament, securing the trophy in 2014-15 with a 5-4 shootout victory.

On their way to finals, Punjab had defeated Goa 2-1 and Services had defeated Karnataka 4-3 in the semis via a penalty shootout. This is the sixth time Services has won the Santosh Trophy, finishing runner-up on five of the 11 occasions it has reached the final.