Maiga’s government came under mounting pressure over handling the violence in the restive Mopti region. 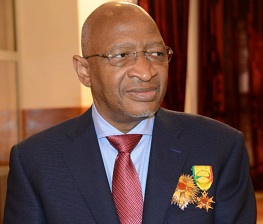 Story 1-Mali's Prime Minister resigns along with his entire government

Mali's Prime Minister Soumeylou Boubeye Maiga resigned along with his entire government on April 18, 2019 following criticism over their handling of an upsurge of violence in the centre of the country and a massacre last month that left 160 people dead.

Maiga’s government came under mounting pressure over handling the violence in the restive Mopti region. The rage was rising especially after a massacre on March 23 in which 160 people were killed in the village of Ogossagou near the border with Burkina Faso.

• Malian President Ibrahim Boubacar Keita's office confirmed that the President had accepted the Prime Minister’s resignation along with those of his ministers.

• The lawmakers from both ruling and opposition parties had submitted a motion of no confidence against the government on April 17, blaming Maiga and his administration for failing to clamp down on the unrest.

Nepal on April 18, 2019 successfully launched its first satellite NepaliSat-1 into space from NASA’s Wallops Flight Facility on Virginia’s East Shore in the United States. The satellite was developed by the Nepalese scientists.

According to the spokesperson for the Nepal Academy of Science and Technology (NAST), Suresh Kumar Dhungel, the satellite is a bid to open new paths for space engineering in the country.

• The NepaliSat-1 is a low orbit satellite and it will be in the 400-km distance from the Earth's surface. It weighs 1.3 kilograms, making it a small satellite with limited capability.

• The satellite will be stationed at the International Space Station for a month and then it will be sent to orbit the earth.

• Its key focus would be to take photographs on a regular basis to gather geographical information of the country.

• The satellite has a Nepali flag and the NAST logo. It also has the name of the scientists involved in the making of the satellite.

The Nepal Academy of Science and Technology initiated the launch of the country's own satellite under the BIRDS project of the Japanese Kyushu Institute of Technology.

Two Nepali scientists, Aabhas Maskey and Hariram Shrestha who are currently studying at Japanese Kyushu Institute of Technology, developed the satellite under the BIRDS project. The Nepal Academy of Science and Technology invested nearly Rs 20 million for the satellite.

The BIRDS project has been designed in association with the United Nations and aims at helping countries launch their first satellite.