MGNREGA Scheme running out of funds, Know all about it 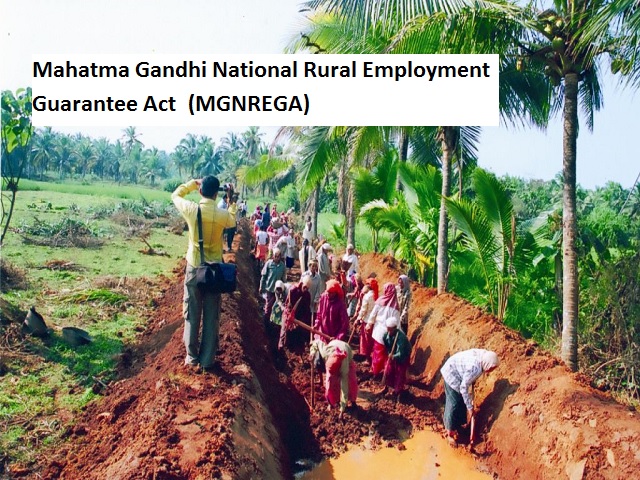 MGNREGA Scheme in News: The Mahatma Gandhi National Rural Employment Guarantee Act (MGNREGA) is in the news these days as it is running out of funds. According to the report published in a national daily more than 96 percent of the sanctioned money has been spent.

An amount of 60,000 crores was allocated for MGNREGA in the proposed budget for the year 2019-20. The amount of 2500 thousand crores, allocated for the scheme, is yet to be received, while it will take another two months to release the new amount.

• According to the financial statement of the scheme, fifteen such states have been identified whose dues are to be paid by the central government by January 26, 2020.
• Rajasthan has been listed as the highest outstanding state with 'Negative Net Balance' with dues of Rs 620 crore.
• Rajasthan government demanded Rs 1,950 crore from the government. According to the report, the Rajasthan Government has to pay Rs 848 crore as payment of wages and Rs 1102 crore for materials.

Mahatma Gandhi National Rural Employment Guarantee Act (MGNREGA) is an employment guarantee scheme implemented in India, enacted by legislation on September 07, 2005. The scheme aims at enhancing the livelihood security of people in rural areas with employment guarantee including a salary of 100 days in a financial year.

An adult member of the household is employed as a volunteer for unskilled work under this scheme. MNREGA focuses on protecting basic pay to promote inclusive growth. This scheme is implemented in various states under the name of the National Rural Employment Guarantee Scheme (NREGA).

Its main objective is to employ the villages in their villages to increase their income and workforce. If an eligible villager doesn’t get any work within 14 days then a provision of unemployment allowance is also there.