Nabaneeta Dev Sen was married in the year 1958 to the famous economist Amartya Sen, who has been awarded the Nobel Prize in 1998. 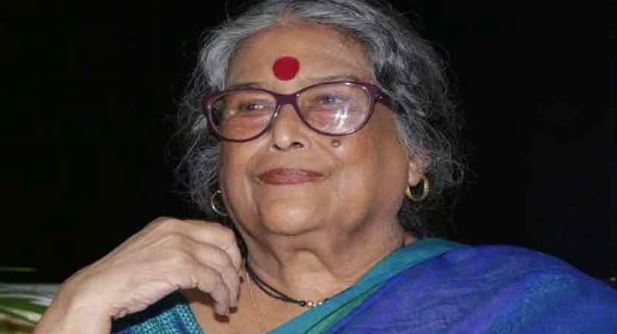 Nabaneeta Dev Sen, Sahitya Academy Award winner and a noted writer, passed away on November 7, 2019. She was 81. She had been battling with cancer for a long time. Nabaneeta was the first wife of economist Amartya Sen.

Nabaneeta Dev Sen was married in the year 1958 to the famous economist Amartya Sen, who has been awarded the Nobel Prize in 1998. Nabaneeta Devsen and Amartya Sen have two daughters. She was a poet, novelist and storyteller.

About Nabaneeta Dev Sen
• She was born on January 13, 1938, in Kolkata to Narendranath Dev and Radharani Devi. Both her parents were poets.
• He completed her graduation from Presidency College, Kolkata. She was known as a poet, a novelist, a columnist and the author of short stories and. She was also known for her research on the Ramayana.
• Nabaneeta Dev Sen also served as a teacher at Oxford University and Colorado College in the USA. She also taught comparative literature at Jadavpur University.
• She married economist Amartya Sen in 1958 but they divorced in 1976.
• Nabaneeta had served as a member of the jury of some important literary awards like - Jnanpith award, Saraswati Samman, Kabir Samman, and Rabindra Puraskar.

Literary works of Nabaneeta Dev Sen
• The first collection of her poems was published in 1959 with title Pratham Pratyay.
• She has written poems, short stories, plays, criticism, travelogues, essays and children’s literature.
• Her collections of short stories are known for the combination of humour, intellect and human concern.
• Nabaneeta Dev Sen translated 16th century Bengali Ramayana into English with a critical introduction and annotations.