On the same occasion, Vice President released a commemorative coin of Rs 125 and circulation coin of Rs 5 denomination to pay homage to Prof. Mahalanobis. 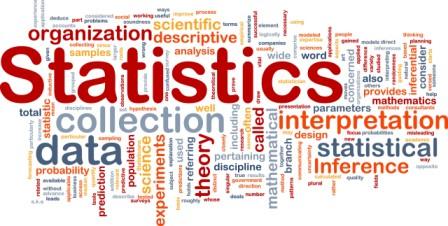 The National Statistics Day was observed across India on June 29, 2018 with an aim to create public awareness about the importance of statistics in socio-economic planning and policy formulation.

How the Day was celebrated?

• On the same occasion, Vice President released a commemorative coin of Rs 125 and circulation coin of Rs 5 denomination to pay homage to Prof. Mahalanobis.

• He also felicitated the winners of Prof. P.V. Sukhatme Award 2018 and Prof. C.R. Rao Award 2017 for their notable contribution in the field of Statistics.

• In recognition of the notable contributions made by Late Professor Prasanta Chandra Mahalanobis in the fields of statistics, the Union Government in 2007 designated June 29 as the “Statistics Day” to be celebrated every year at the National level.

• The Day acknowledges the contribution of Prof. Mahalanobis and pays homage to him.

• Every year, one particular theme of current national importance is selected for focused discussions and efforts throughout the year to bring about improvements in the selected area.

• The Indian Statistical Institute (ISI), set up by Prof Mahalanobis in 1931 as an autonomous “Institute of National Importance” through an act of Parliament in 1959, celebrates June 29 as the “Worker Day”.