New Army Headquarters will take five years to complete the construction work. This building will be known as ‘Thal Sena Bhawan’.

New Army Headquarters in News: Defence Minister Rajnath Singh laid the foundation stone of a new army headquarters building in Delhi Cantonment recently. This complex will be named as ‘Thal Sena Bhawan’. It will be constructed over 39 acres of land.

This army building, to be built in 7.5 lakh square meters that will have 6014 offices that will include 1684 offices for military and civilian officers and 4330 offices for sub-staff. The new Army headquarters will also provide employment opportunities to the youth of India. According to the media reports, it will take five years to complete the construction work. This building will be known as ‘Thal Sena Bhawan’.

The new Army headquarters has been designed as a multi-storey environment-friendly building. It will be constructed as per the Green Rating for Integrated Habitat Assessment (GRIHA) norms. According to the media reports, it will generate about 2 lakh hours of skilled unskilled jobs for youth. 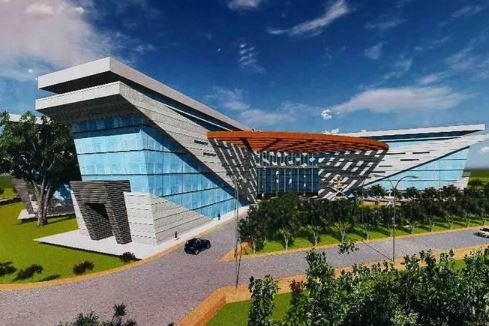 As per the new Central-Vista plan prepared near Rajpath, South Block will be converted into a museum. The army chief and other important directors located in South Block will also have to vacate this building. Therefore it is important to construct a new army headquarters for the Indian Army. Significantly, the Indian Army has been demanding a new building for many years so that different offices could be brought together in the city.

Indian Army’s several offices are located in Sena Bhawan, RK Puram, South Block, Hutments Area, Shankar Vihar and other parts of the Delhi.  Now all these offices will be able to work together under one roof. The new building will be located opposite the Manekshaw center in Delhi Cantonment. As per the reports, it can also save time and fuel as it will reduce the movement of 3000-4000 vehicles daily between the Indian Army’s various offices.