Nirmala Sitharaman named as one of India’s most powerful women by UK's India Inc. Penny Mordaunt, Britain's Secretary of State for Defence, is the other senior politician in the list. 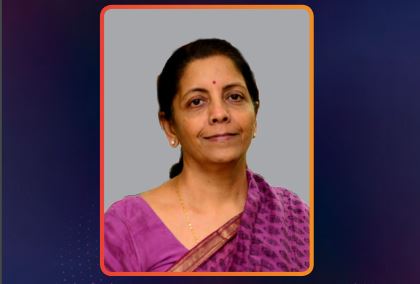 Nirmala Sitharaman, Finance Minister of India, is among the 100 most influential women driving the UK-India relationship forward alongside one of Britain's senior-most Cabinet ministers Penny Mordaunt. The '100 Most Influential in UK-India Relations: Celebrating Women' list was launched by UK Home Secretary Sajid Javid to mark India Day in the Houses of Parliament in London.

Third edition of this list was published by India Inc. Group that describe Nirmala Sitharaman is arguably one of India’s most powerful women, having recently been appointed the country’s Finance Minister — the first woman to hold this post, except the brief stint by Indira Gandhi when she was the Prime Minister.

Previously, she was India’s Defence Minister, also being the first woman in that position. Having studied at the London School of Economics and worked in the UK in her previous career, Nirmala is familiar with the UK more so than probably all her other colleagues, making her a pivotal sounding board on all things UK-India.

•    Penny Mordaunt, Britain's Secretary of State for Defence, is the other senior politician in the list who is credited as the first woman to be assigned the role in the UK Cabinet.
•    Her citation says, "With India emerging as the world's largest importer of defence products, and a significant strategic partner for the UK, Penny plays a crucial role in the UK-India relationship".
•    Some of the other prominent names include Indian-origin parliamentarians in the UK like Priti Patel and Baroness Sandy Verma, filmmaker Gurinder Chadha, Indian law firm chiefs Zia Mody and Pallavi S Shroff, Apollo Hospitals' managing director Suneeta Reddy and Nasscom President Debjani Ghosh.
•    Aarthi Subramanian is another powerful name in the list. Aarthi Subramanian is Group Chief Digital Officer of Tata Sons. Her citation notes “She explored a range of diverse roles in India, Sweden, the US and Canada and was named among Fortune India’s “Most Powerful Women in Business” last year. Being responsible for the Group’s digital initiatives and delivery governance makes her a crucial player in the India-UK tech corridor.
•    The launch of the list also marked the start of UK-India Week in Britain, which will include a series of sessions on trade and investment and closer cooperation between the UK and India through the course of the week. 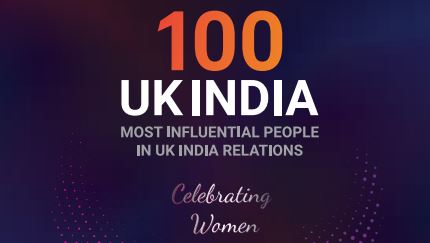 UK-India Week 2019 will stage the first-ever ‘India Day’ in Westminster, a full day of lively debate and engagement including two roundtable discussions between figures from the Labour and Conservative parties. It concludes with the launch of the 3rd edition of the UK-India 100 Most Influential. The UK-India Awards is an exclusive event celebrating the winning partnership between the UK and India with a star-studded cast of VIP guests, celebrities and influential figures from business, industry, politics and the public sphere.