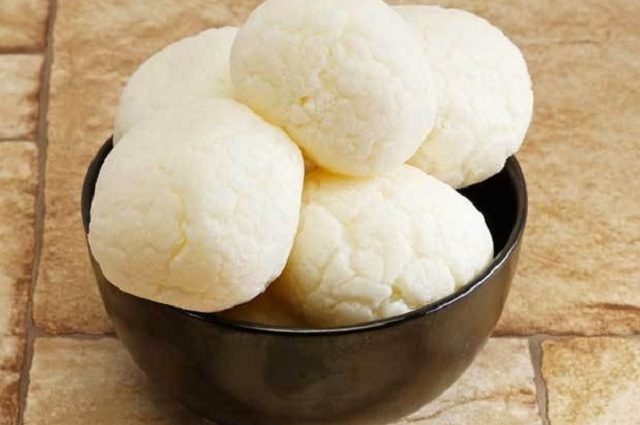 Odisha Small Industries Corporation Limited (OSIC) has been registered as the official holder of Odisha Rasagola’s GI tag. OSIC will hold all legal and intellectual rights over the product. After West Bengal received the GI tag for its rasgulla, Odisha government had renewed its claim and filed a petition for ownership over ‘Odisha rasagola’.

West Bengal received GI Tag for its variety of Rasgulla in November 2017. Though both states have received the GI tag for the same product, the tag recognises two distinct varieties of the sweet, in terms of taste and texture. The origin of Rasgulla sweet has been a matter of discord between Odisha and West Bengal for a few years.

Odisha Rasagola is made with chhena cooked in sugar syrup, which is very soft to feel, juicy and non‐chewy in consistency and can be swallowed without teeth pressure. The Odisha rasagola is white in colour and round in shape. Through the process of caramalisation of sugar, the rasagola is given an off white colour.

Odisha Rasagola is associated with the world-renowned Puri Jagannath Temple. The rasagola was traditionally offered to Devi Lakshmi on behalf of Shree Jagannath as per rituals of “Niladri Bije”.

The OSIC has named 30 districts in Odisha as geographical areas entitled to use the GI tag of Odisha Rasagola.

The GI tag is a name used on certain products that relates to a specific geographical location or origin.

The GI tag ensures that no one besides the authorised users is allowed to use the product name.

The first GI tagged product in India was Darjeeling tea in 2004-2005. Since then, as many as 321 products have been added to the list.