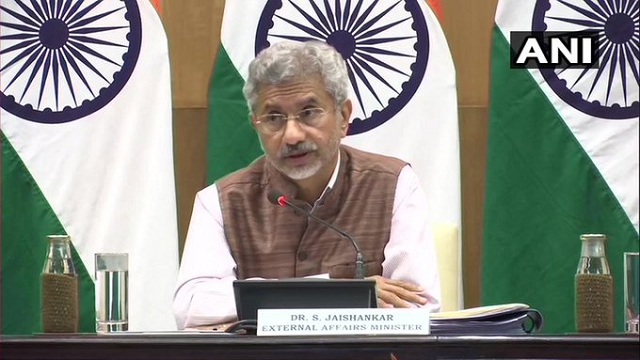 Pakistan has condemned Indian External Affairs Minister S Jaishankar’s comments on PoK, calling them “inflammatory” and “irresponsible”. Pakistan warned that such statements would escalate tensions between India and Pakistan and that it is ready to respond to any acts of aggression.

Indian EAM S Jaishankar had on September 17, 2019 stated "India's position on PoK is, has always been and will always be very clear- PoK is a part of India and we expect one day that we will have jurisdiction over it." Jaishankar made the statement while addressing a press conference on the completion of the first 100 days of his ministry.

The External Affairs Minister spoke on all the changes that were brought up in the first 100 days of his government including foreign policy changes such as changes to Article 370 and long-standing issues such as cross-border terrorism.

On Pakistan, S Jaishankar said that the issue is not Article 370 but Pakistan’s terrorists. He emphasized that India must make the world realize this. He said that he will meet the Pakistani Foreign Minister on the sidelines of the 74th session of the UN General Assembly, which began on September 17. 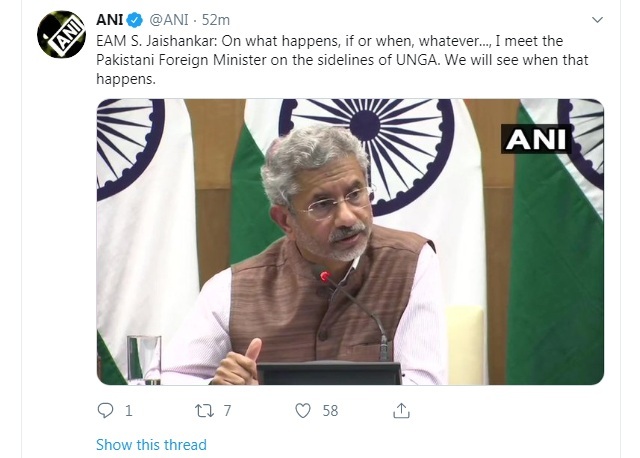 The External Affairs Minister clearly stated that PoK is and has always been a part of India and India expects to have physical jurisdiction over the area one day.

Further, talking about minorities in Pakistan, Jaishankar stated that the minority number in Pakistan has come down drastically in the last 70 years to point where it is not even put out publicly anymore.

The Indian External Affairs Minister clarified that their main objective in the Kulbhushan Jadhav case was to gain consular access to him and to know his wellbeing. Jaishankar stated that seeking consular access in one step towards eventually providing a solution that would help bring an innocent person back to his country.

The External Affairs Minister clarified that India had to look at a variety of factors and see what importance one can put at this time to ascertain his well being, as his well being was the top priority. “Whether the Pakistanis carried out in letter & spirit what the International Court of Justice wanted them to do, I think is obvious to all,” the EAM added.

India has been requesting extradition of Zakir Naik from Malaysia. The External Affairs Minister said that India is working towards his extradition. Zakir Naik, who is facing probe both in India and Bangladesh, in connection with the Bakery bomb attack in Dhaka in July 2016, has been living in Malaysia for the past three years. Naik is facing investigation in India on charges of inciting communal disharmony and unlawful activities.  Zakir Naik was surprisingly given permanent citizenship under the previous Malaysian government.