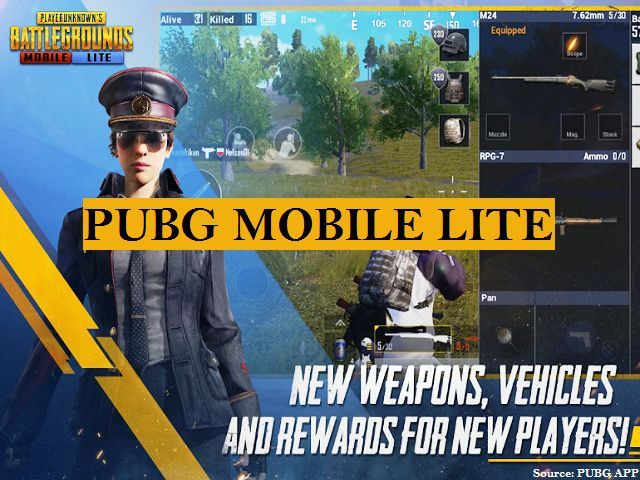 PUBG Mobile Lite (PlayerUnknown’s Battleground) was launched in India on 26 July 2019 and within just three days of its launch, the game has become the top free game on Google’s Play Store. What is PUBG Mobile Lite? - The PUBG Mobile Lite is a controlled and lighter version of the PUBG Mobile game. This PUBG Mobile Lite version has been designed exclusively for basic Android phones, which run on 2GB or lower memory. So, people with entry-level smartphones having low configuration can now access the PUBG Mobile Lite gameplay, which is the perfect replacement for PUBG Mobile. All they need is around 500 MB of space in their mobile phones to install the game.

Tencent and PUBG Corp jointly launched this lite version of PUBG  Mobile game in India within a month of the launch of PUBG Lite for PC in India. The PUBG Mobile Lite has been available on the Google Play Store for almost a year now; however, the game was available in India last week itself. The game allows users to play on the battlefield in a group of 60 players in a smaller map. The game lasts for only 10 minutes, unlike the PUBG Mobile which stretches up to 30 – 40 minutes.

The PlayerUnknown’s Battleground Mobile Lite game has been built on the Unreal Engine 4 and is played in a smaller map area with just 60 players in a match. The PUBG Mobile Lite players can experience smooth gameplay in low network areas as well. This Lite version even assists the players with crawling and standing positions, enabling them to have a grip over their gameplay in a weak network zone.

- 600 MB of space for installation

Why was the PUBG Mobile Lite version launched in India?

Considering that the majority of the Indian smartphone users use entry-level android phones or smartphones, PUBG India decided to launch the PUBG Mobile Lite version so that this segment can get access to the game which was earlier beyond their reach.

Which country was the first to witness the launch of PUBG Mobile Lite version?

The game was initially launched in the Philippines in August 2018.

Other top trending games in India on Google Play Store