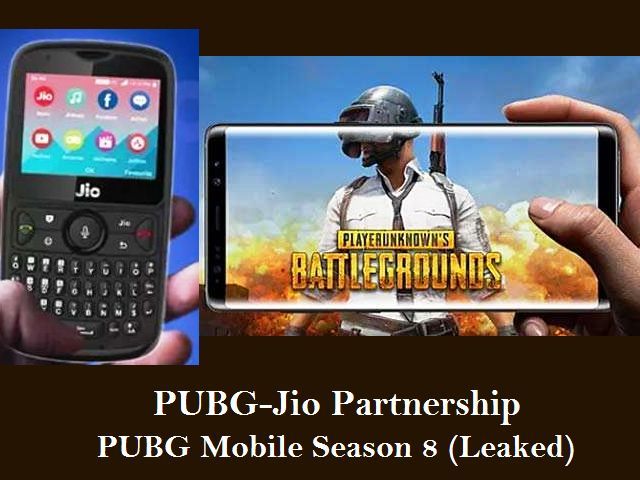 PUBG partners with JIO: PUBG India and Reliance Jio are now official digital partners. Jio will offer free in-game rewards to the players as a part of its association on PUBG Lite. Jio users who pre-registered for PUBG Lite for PC version in India will get exclusive rewards such as free skins and weapons. PUBG (PlayerUnknowns Battlegrounds), the popular battle game, recently launched the PUBG LITE Beta version for PC in India, which is a free-to-play game. PUBG LITE for PC is currently available in India for download. The game is currently in test mode and could be downloaded only by those who pre-registered. PUBG LITE is compatible with low-end Computers without graphics card and higher RAM. PUBG Lite pre-registration concluded on July 3, 2019.

PUBG Lite to be available with Hindi Language option; Get All Details Here!

• Players will be rewarded with the special in-game rewards for participating in the event, such as Cheetah parachute and a Tiger M46 tank.

• PUBG gamers will be gifted with Bloody combat pants, Black scarf, and punk glasses, if the beta registration crosses 100000.

• Players will be gifted with Red Sports top, Gold scarf, and Striped long-sleeve shirt, if the registration crosses 200000 mark.

• These special rewards will be offered in the game via codes and the gamers will be notified on their email.

As per the rumoured leak, the PUBG Mobile Season 8 will offer Elite Upgrade and Elite Plus Upgrade, enabling players to move couple of ranks higher. PUBG Mobile is all set to launch the Season 8 with some exciting new features such as Royale Pass, PP-19 Bizon Gun, Skins and Outfits, new theme 'Ocean', rewards and so much more. The Season 8 Royale Pass has new skins, emotes, weapons and other rewards. The major features revealed are new logo featuring octopus tentacles; a blue skin for the DP8 on the basis of ocean-theme; Scarlet Horror weapon; PP bizon gun and a new mission ‘Perseverance’.

PUBG (PlayerUnknown's Battlegrounds) Season 8 will feature ocean crates with rewards, updated profile avatars and a new achievement tier. PUBG Mobile Season 7 is yet to end; and the Season 8 will begin with new Beta version 0.13.4 update, which is pretty big of almost 2GB in size. PUBG Corporation recently tweeted about the end of PUBG Mobile Season 7, asks PUBG Players to keep an eye over new Season 8 release rumours.

When will PUBG Players be able to access Season 8 Royale Pass?

Gamers will be able to access the PUBG Mobile Season 8 Royal Pass after the official roll out of the Season, which is expected to take place around July 15th as the ongoing Season 7 ends on July 14th (Sunday).

- Download the PUBG Mobile Beta app from your App Store.

How will Season 8 Royale Pass be useful for PUBG Players?

PUBG Mobile Season 8 Royale Pass will be priced at 600 UC and will push the player to couple of ranks higher. On the other hand, the Royale Pass for Elite Plus Upgrade will cost 1,800 UC and will directly take the player to rank 25 which is otherwise worth 2,500 UC. The pass will allow users to access Elite Missions; Warning Sign QBZ skin; and unlock up to 100 rewards. With purchase of Season 8 Elite pass and Military Operation Avatar, players will get backpack skin ‘Urban Scavenger’.