Following the declaration of results, Rajasthan CM Vasundhara Raje of the BJP tendered her resignation to the Governor Kalyan Singh, though she won from her constituency Jhalrapatan and defeated her Congress rival Manvendra Singh. 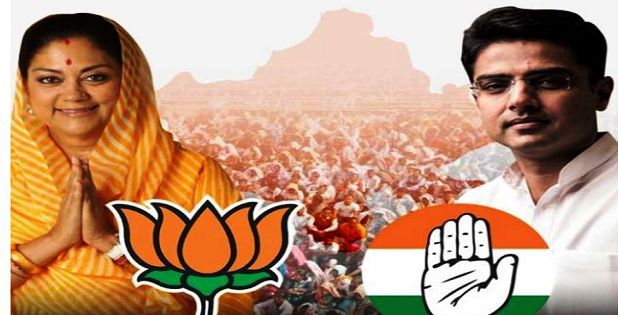 The Indian National Congress (INC) emerged as the single largest party in Rajasthan, winning 99 seats in the 2018 Rajasthan Assembly Elections. 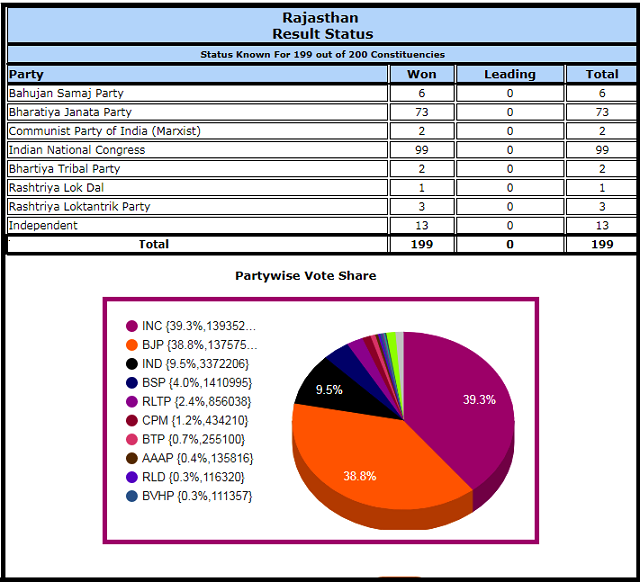 Due to the death of one candidate, elections were called off in one seat, making it an election for 199 seats in the state, putting the majority at 100 seats.

• Congress President Sachin Pilot won from Tonk, beating his BJP rival Yoonus Khan by 54,179 votes. Khan was the only Muslim candidate fielded by the BJP in the Rajasthan Assembly polls.

• Cooperative Minister Ajay Singh lost by a big margin to Vijaypal Mirdha of the Congress in Degana.

• The Rajasthan Legislative Assembly consists of 200 members. The members of the Legislative assembly are directly elected by the people for a term of 5 years.

• The First Rajasthan Legislative Assembly was formed in March 1952. It had strength of 160 members.