The scheme will benefit the farmers, local artisans and associated personnels engaged in bamboo sector including associated industries. 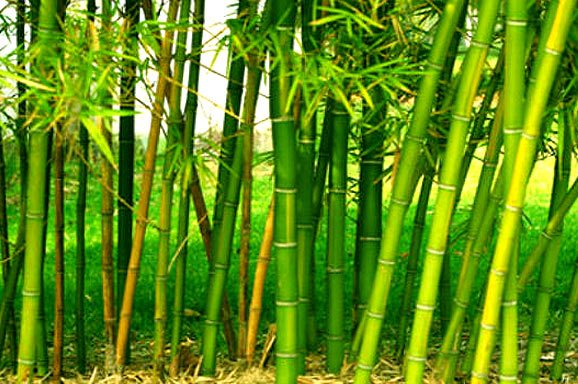 The National Bamboo Mission will ensure integrated development of the bamboo sector by establishing effective linkage of farmers with industry.

CCEA also approved the Empowerment of Executive Committee for formulation of guidelines of the National Bamboo Mission and to make the changes therein.

The committee will also offer specific recommendations for the States, with the approval of Union Minister for Agriculture & Farmers Welfare.

The government has approved an outlay of Rs 1290 crore for implementation of the Mission during the remaining period of 14th Finance Commission (2018-19 and 2019-20). Of the total share, Rs 950 crore will be borne by the centre.

The scheme will benefit the farmers, local artisans and associated personnels engaged in bamboo sector including associated industries.

It will bring about one lakh hectares area under bamboo plantation, which will directly benefit over one lakh farmers.

The Mission will focus on development of bamboo in States where it has social, commercial and economical advantage such as the complete North Eastern region and States including Madhya Pradesh, Maharashtra, Chhattisgarh, Odisha, Karnataka, Uttarakhand, Bihar, Jharkhand, Andhra Pradesh, Telangana, Gujarat, Tamil Nadu and Kerala.

• The Mission will establish about 4000 treatment and product development units.

• It will optimise farm productivity and income, thereby will enhance livelihood opportunities of small & marginal farmers including landless and women.

• It will not only serve as a potential instrument for enhancing income of farmers but also contributing towards climate resilience and environmental benefits.

• It will also help in creating employment directly or indirectly in both skilled and unskilled segments.

• It will increase the area under bamboo plantation in non forest government and private lands to supplement farm income.

• It will promote product development at micro, small and medium levels industry.

• It will promote skill development, capacity building and awareness generation for development of bamboo sector.

• The National Bamboo Mission (NBM) initially started as a Centrally Sponsored Scheme in 2006-07 and was later subsumed under Mission for Integrated Development of Horticulture (MIDH) during 2014-15 and continued till 2015-16.

• Since 2006-07, an area of 3.62 lakh hectares has been covered under bamboo plantations. There are now 39 bamboo wholesale markets, 40 bamboo bazaars and 29 retail outlets.

• However, there were limited efforts on processing, product development and value addition. Additionally, there was a weak linkage between the farmers and the industry.

• Considering this, the mission was restructured to give emphasis to address the complete value chain for growth of the bamboo sector and to establish a pleasant relation between farmers and industry.