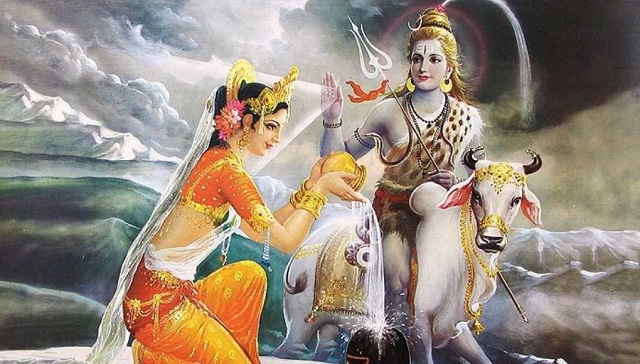 Sawan Shivratri 2019: Sawan Shivaratri 2019 is being observed today, on July 30 across India. Sawan Shivaratri, also known as Masa Shivaratri, is considered to be extremely auspicious and devotees observe fast for the full day. Sawan Shivaratri is the Shivaratri that falls during Sawan, which is a holy month dedicated to the worship of Lord Shiva. Sawan month, which began on July 17, will conclude on August 15.

Sawan Shivratri or Masa Shivratri is considered to be extremely auspicious and devotees observe full day fast on the day. Many devotees perform Maha Rudra-Abhishek puja for good health, marital bliss, peace and prosperity. Sawan Shivratri marks the union of Shakti and Lord Shiva, two of the Universe’s greatest forces.

According to popular belief, Lord Shiva, impressed by Goddess Parvati’s devotion, granted her a wish to marry him. Parvati, who is known to be an avatar of Shakti, started observing fast for good health of Lord Shiva after marriage on moonless nights. The same custom was later followed by the women in India for the long life and well being of their husbands. Sawan Shivratri special pujas are observed in famous Shiva temples such as Kashi Vishwanath and Badrinath.

Sawan Shivratri 2019: Where is it observed more?

Devotees pledge to observe full day fast on Sawan Shivratri and take food only on the next day. The devotees also pledge during the fasting period to seek the blessing of Lord Shiva to finish the fast without any interference.