Under the settlement, the board proposed that the Ram temple can be built on the Ayodhya site while a mosque can be constructed in Lucknow. The peaceful proposal, submitted by Shia Waqf Board chairman Syed Waseem Rizvi, will bring about harmony between Hindus and Muslims in the country. 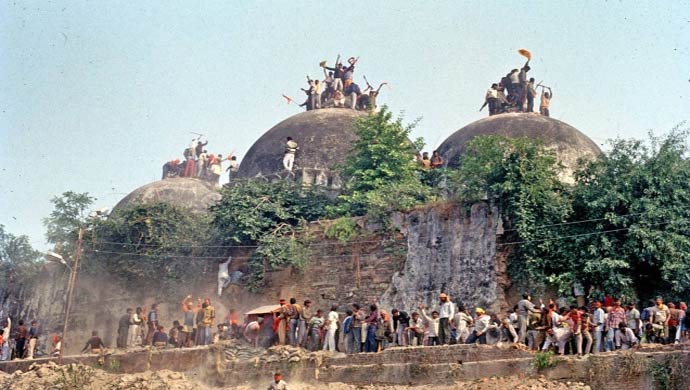 The Uttar Pradesh Shia Central Waqf Board on 20 November 2017 submitted a proposal for settlement before the Supreme Court over the decades-old dispute over the Ram Janmabhoomi - Babri Masjid land dispute.

Under the settlement, the board proposed that the Ram temple can be built on the Ayodhya site while a mosque can be constructed in Lucknow.

Key Highlights
• The peaceful proposal, submitted by Shia Waqf Board chairman Syed Waseem Rizvi, will bring about harmony between Hindus and Muslims in the country.
• In its application, the Shia board claimed that despite being the rightful owner of the disputed property, they are ready to give up all their rights over the land to pave the way for construction of Ram Mandir.
• The board also suggested that in order to end the dispute, the UP Government should also cooperate and allot one acre of land to the Shia community to construct a new Masjid outside Ayodhya in Lucknow.
• The board also mentioned that the Uttar Pradesh Sunni Central Waqf Board was wrongly staking its claim on the Babri Masjid. It clarified that the mosque built on the disputed land was a Shia mosque and its last 'Mutawalli' (a trustee of waqf board) was a Shia Muslim as well.
• Earlier, the Shia Board had offered a solution for the construction of mosque in a Muslim-dominated area at a reasonable distance from the disputed Ayodhya site.
• This was opposed by All India Sunni Waqf Board which had claimed that the mosque, demolished on 6 December 1992, belonged to the Sunnis.
• However, Sunni board's notification of 22 February 1944 claiming Babri mosque as Sunni Waqf was held as invalid by the Supreme Court.

The Supreme Court will hear a total of 13 appeals filed against a 2010 judgement of the Allahabad High Court in four civil suits.

The Allahabad High Court in 2010 ruled a three-way division of the disputed 2.77 acre area of Ram Janmabhoomi-Babri Masjid at Ayodhya among the parties - the Sunni Waqf Board, the Nirmohi Akhara and Lord Ram Lalla (deity).

Mosque can be built at a distance from disputed site in Ayodhya: Shia Waqf Board to SC