Born on 20 March 1993, Sloane Stephens is an American tennis player. 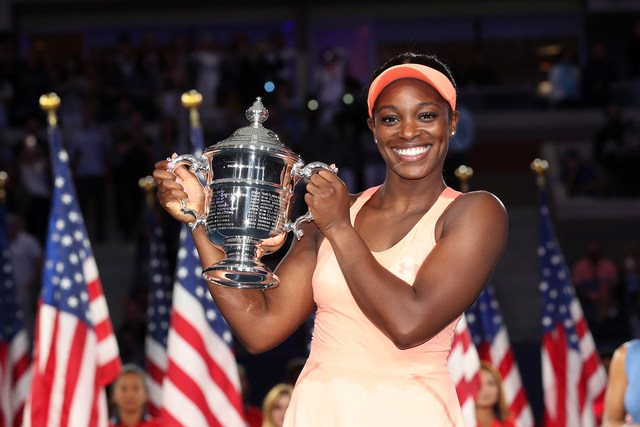 The unseeded Stephens now ranks at No. 83 in the world.

• Born on 20 March 1993, Sloane Stephens is an American tennis player.

• She has won five singles titles on the WTA Tour and one Grand Slam tournament title at the 2017 US Open.

• She rose to prominence upon reaching the semi-finals of the 2013 Australian Open, notably defeating Serena Williams en route.

• She has reached a career-high singles ranking of 11 in the world and claimed her first WTA title at the 2015 Citi Open.

• The US Open Tennis Championships is a hard court tennis tournament.

• The United States Tennis Association (USTA) organises the US Open each year.

• The winner of the Men’s Singles title of the 2017 US Open is Rafael Nadal.

• The 2017 US Open Men’s Doubles title is won by Jean-Julien Rojer and Horia Tecău.

• The 2017 US Open Women’s Doubles title is won by Chan Yung-jan and Martina Hingis.

• The 2017 US Open Mixed Doubles title is won by Martina Hingis and Jamie Murray.