The camera mission of Raavana 1 would be to take pictures of Sri Lanka and its neighbouring countries. 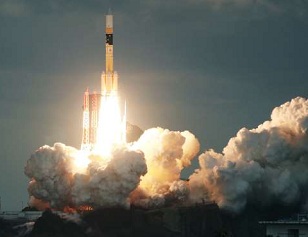 The satellite, which weighs around 1.05 kg, will have the lifespan of around one and a half years.

Its camera mission is to take pictures of Sri Lanka and its neighbouring countries.

Its Lora Demonstration Mission is to validate the module to be used to data download next satellites.

The Attitude Determination and Control Mission of ‘Ravaana 1’ will involve the team trying to reduce the angular velocity of the satellite using magnetic torquers.

North Korean leader Kim Jong Un has supervised the test-firing of a new type of "tactical guided weapon", as per a report by the country's state media on April 17, 2019.

The report stated that the advantages of the weapon include the peculiar mode of guiding flight and the load of a powerful warhead.

• The test was conducted in various modes of firing at different targets and the North Korean leader guided the test-fire.
• The moves come after a US monitor, the Center for Strategic and International Studies, stated that some activity had been detected at North Korea's main nuclear site.
• The centre had suggested that North Korea may be reprocessing radioactive material into bomb fuel since the collapse of a February summit with Washington.

The second meeting between US President Donald Trump and North Korea’s Kim Jong Un had ended abruptly without any agreement on the North’s nuclear programme.

Since then, North Korea has said that it is mulling options for its diplomacy with the US and the North Korean leader had stated recently that he was open to talks with Trump only if the US came with the proper attitude.

Last November, Kim had overseen the testing of a newly developed ultramodern tactical weapon months after his first meeting with Trump.

It was the first official report of a weapons test by North Korea since it began negotiations with Washington over its nuclear and missile programme.