Supreme Court allows relocation of African Cheetah to India: Know everything about it!

India wants to relocate the African Cheetah to conserve the threatened species and restore ecosystem functions. 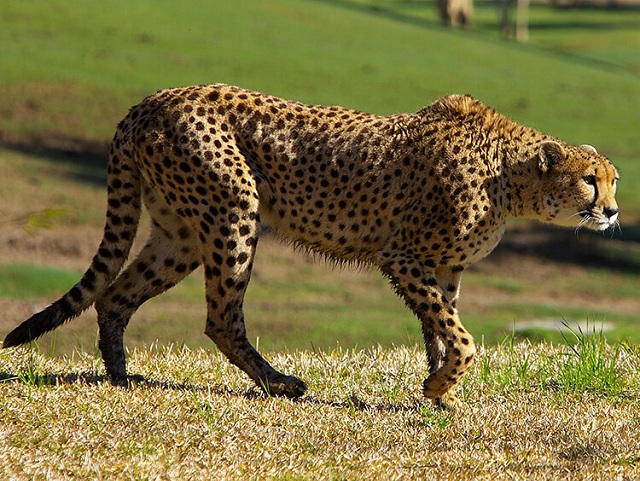 The Supreme Court allowed the introduction of African Cheetah to suitable habitat in India on January 28, 2020. The top court directed that the habitat should be chosen carefully after examining if the animal can adapt to Indian conditions.

The apex court was hearing a petition filed by National Tiger Conservation Authority (NTCA), which sought permission to relocate African Cheetah from Namibia to India as a pilot project, as Indian cheetah is deemed extinct.

The bench was headed by Chief Justice SA Bobde and comprised Justices B R Gavai and Surya Kant. The top court, while modifying its previous order, stated that the African cheetahs can be introduced to the Kuno National Park in Madhya Pradesh or any other part of the country following a detailed study on all the aspects of its relocation.

• The Supreme Court said that the chosen habitat must suit the African cheetah’s habitat and in case of any difficulty, a habitable location would be found.

• The apex court has sought a progress report from an expert panel on the reintroduction of African Cheetah in India after every four months.

• The top court has constituted a three-member committee comprises former Wildlife India Director Ranjit Singh, Wildlife India DG Dhananjay Mohan and the Wildlife DIG in the Ministry of Environment and Forests to guide the NTCA to take a decision after conducting a detailed survey.

• Following the completion of the process, the introduction of the cheetah will be on NTCA’s discretion.

Why does India want to relocate the African Cheetah?

The cheetah is considered among the top predator species. The move to relocate the animal to India is aimed at conserving the threatened species and restore ecosystem functions. It will help India restore its lost natural heritage and it could also have a major evolutionary impact on India's fauna, while also enhancing its wildlife diversity.

Why is there an issue over the relocation of the African Cheetah?

Though cheetahs are among the most adaptable of animals their habitat needs to be chosen with special care to avoid an ecological imbalance.

Why does India wish to introduce cheetahs from Namibia?

India had previously approached Iran to relocate Asiatic cheetahs but was not granted permission, as the Asiatic cheetah is classified as a “critically endangered” species by the IUCN Red List. The species is only believed to survive in Iran.

How did cheetah become extinct in India?

Cheetah, the fastest land animal, is the only large carnivore that has become extinct in India due to over-hunting in the colonial times.

When was the last cheetah spotted in India?

India’s last known cheetah was killed by Maharaja Ramanuj Pratap Singh of Deoghar, Chhattisgarh in 1947. The animal was declared extinct in India in 1952.

The NTCA had first requested permission to introduce African Cheetahs in India in 2010 stating that Indian cheetahs have become extinct. The Supreme Court had denied permission in 2013 terming the animal as foreign species.

In 2018, the NTCA informed the Supreme Court that it has received approval from the International Union for Conservation of Nature (IUCN) for the relocation of the African cheetah. The authority stated that the IUCN had extended its full cooperation on this project. The IUCN provides inputs to governments and institutions on biodiversity, climate change and sustainable development.

In August 2019, an SC bench comprising Justices SA Bobde and BR Gavai had wondered as to how the court would know if cheetahs would survive. The top court had said then that it was not against NTCA’s policy to experiment relocating the African Cheetah to Madhya Pradesh.

The NTCA assured that all potential sites found suitable for reintroducing the cheetah will be reassessed and an action plan will be developed for measures that are required to maintain it. The Madhya Pradesh government had also written to it for the reintroduction of cheetahs to the Nauradehi Wildlife Sanctuary.