International Children's Film Festival India (ICFFI), popularly titled as the Golden Elephant began in Hyderabad, Telangana on 8 November 2017. The festival would conclude on the occasion of Children’s Day on 14 November. 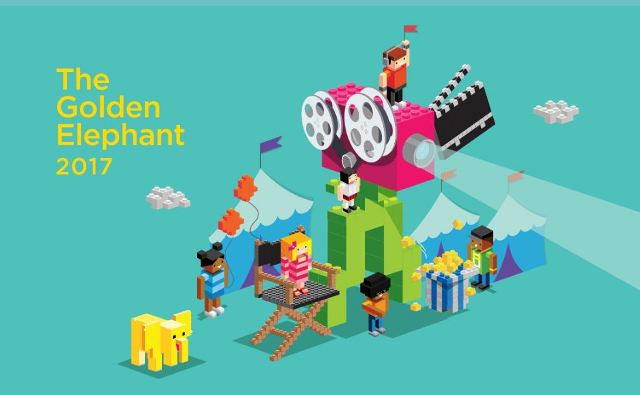 International Children's Film Festival India (ICFFI), popularly known as the Golden Elephant began in Hyderabad, Telangana on 8 November 2017. The festival would conclude on the occasion of Children’s Day on 14 November.

The global festival, which is held every two years, strives to bring the most imaginative cinema including both national and international to the young audiences in India.

• The festival would witness participation from over hundred thousand children and hundreds of film professionals and eminent guests from around the world.

• It would include screening of features, short films and animation films during its span of seven days.

• The selected films would be screened across the State, including 13 screens in the city.

• It would also include conferral of awards to the best film in different categories, which would be decided by both adult and child jury.

• The festival aims to help boost creativity among children.

• The children would get to watch high quality children’s films that they might not have been exposed to otherwise.

• The event would also witness eminent guests and directors from different parts of the world sharing their experiences.

• The festival is being jointly organised by the Telangana government, Ministry of Information and Broadcasting and the Children's Film Society of India (CFSI).

• Titled ‘Golden Elephant’, the festival is the largest in the world and its theme for this year is ‘New India’, which is in with Prime Minister Narendra Modi's promise of creating a New India by 2022.

• The 20th ICFFI has already received a record number of 1402 entries from as many as 109 countries in various categories including Animation, Documentary and Short films.

• In the Little Director's section alone, the festival has received 179 entries, among which 101 are from India and the rest 78 are from other countries.

The Children's Film Society of India (CFSI) is a nodal organization of the Government of India that produces children's films and television programmes in various Indian languages.