In a first, Indian Navy inducted Shubhangi Swaroop as its first woman pilot on 23 November 2017. Shubhangi Swaroop, a native of Uttar Pradesh, will soon be flying Maritime Reconnaissance aircraft. 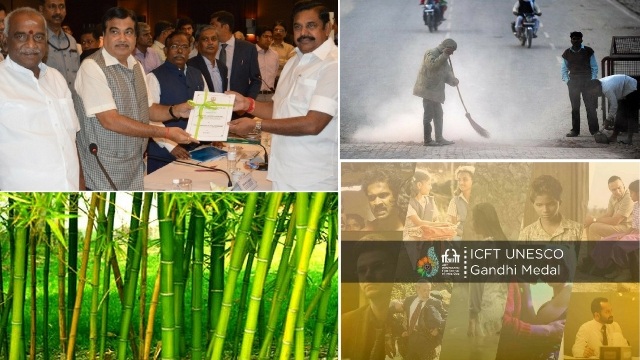 In a first, Indian Navy inducted Shubhangi Swaroop as its first woman pilot on 23 November 2017. Shubhangi Swaroop, a native of Uttar Pradesh, will soon be flying Maritime Reconnaissance aircraft.

She will now head to INS Garuda in Kochi and then will undergo training at the Dundigal Air Force Academy in Hyderabad, which trains pilots of the Army, Navy and the Air Force.

Among the total nine nominated films, five are from India.  The Indian films competing for the prestigious ICFT UNESCO Gandhi Medal include Kshitij - A Horizon, Manusangada, Poorna, Railway Children and Take-Off.

The Union Government has approved Highway and Shipping Projects worth more than Rs 1 lakh crore for the state of Tamil Nadu.

The projects will cover Highways, Shipping and Port. They are also aimed at finding a permanent solution to the irrigation and drinking water requirements of the state.The total expenditure of the projects is expected to be around Rs 40,000 crore.

In a landmark initiative, the Union Government on 23 November 2017 promulgated the Indian Forest (Amendment) Ordinance, 2017 to encourage bamboo cultivation in non-forest areas.