Union Budget 2020: What can we expected from the budget this year? Know all about income tax cut, policy changes and investment boost here! 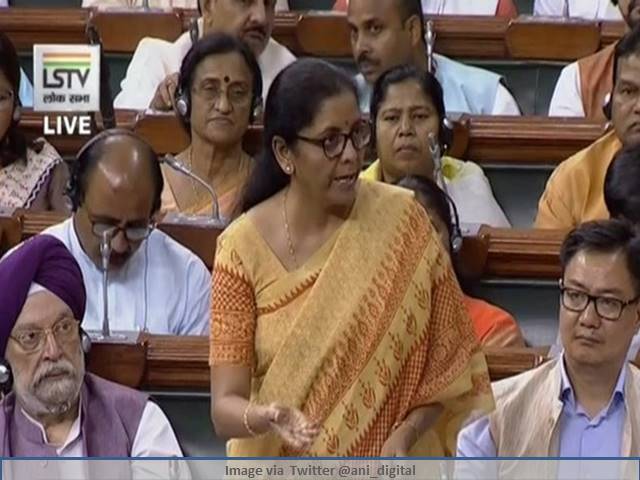 Union Budget 2020 – Key Expectations: Finance Minister Nirmala Sitharaman will present her second Union Budget in the Parliament on February 1, 2020. There are heavy expectations from Union Budget 2020 to salvage India's stagnating economic growth and tackle the declining demand, faltering of domestic sectors such as the automobile and real estate sector and the ongoing job and employment crisis and bring the economy back on track of reaching USD 5 Trillion, as envisioned by PM Modi-led central government.

Several economic indicators have reached their record lows in the past year, making the expectations from budget this year even bigger. From a common man demanding relief in income tax slabs to investors demanding steady and stable policy regime; the corporate India which will be looking at jobs and employment-related announcements to economists and finance experts for whom measures to fiscal deficit, growth figures and inflation will be on the watch list; everyone has a wish-list that FM Sitharaman has to deliver upon.

To help us decode, why Budget 2020 is so important for India and what could be some of the major announcements that the Finance Minister can bring to the table on 1st February; we look at the key expectations that have been put forth from the various industrial sector, economic experts.

Budget is one time of the year when common salaried people of India look upon the Finance Minister with the hope of a tax soap. This year, the hope is strengthened by the two key factors i.e. falling domestic demand and the recent corporate tax rate cut. To put more money into pockets of the common man, the Modi Government is likely to restructure the existing tax slabs and extend the exemption limit as well.

Section 80 C has been one tool that is used by almost every salaried taxpayer to save tax. In line with the corporate tax cut bonanza announced by the FM earlier, it is expected that salaried professionals will also see an increase in the exemption limit under section 80 C. In 2014, when Modi Government presented its first budget, the exemption limit under Section 80 C has raised from Rs 1 lakh to Rs 1.5 lakh. However, in the 2020 Budget, it is expected that the exemption allowed under Section 80 C will be increased up to Rs 3 lakh. Sources close to the government have also hinted that FM might introduce tax saving options through infrastructure bonds with a limit of up to Rs 50,000 a year.

Among the key reform measures expected this year, the most realistic and practical ones seek the abolition of the Dividend Distribution Tax (DDT). DDT - Dividend Distribution Tax is the tax that is paid by a company while distributing the surplus profit to its shareholders. Currently, DDT stands at 20.56%. DDT is levied on a company in addition to the income tax that is charged from it on its taxable profit. In addition to this, shareholders are further charged 10% tax (plus applicable surcharge and cess) on dividend above Rs 10 lakh. DDT is a classic example of a cascading impact of taxation and therefore has been one of the long-pending demands from corporate India.

Another similar example of dual taxation is STT and LTCG. STT - Securities Transaction Tax (STT) is a direct tax that is paid by an investor against the value of taxable securities transactions done through a stock exchange. On the other hand, LTCG i.e. Long Term Capital Gain Tax is the tax that is charged on the profits earned on the sale of listed equity shares that are held for long term i.e. beyond 1 year. When STT was introduced in 2004, equities falling under its kitty were exempted from LTCG Tax. However, in 2018 budget, the then Finance Minister Arun Jaitley was removed, the exemption and equity market was hit with the double whammy. This year, the equity markets would be keeping a close eye on FM to see they get some relief from either SST or LTCG.

Stagnant Demand and negative sentiments are the two factors that have plagued the Real Estate Sector since last two years. With the expectation to spur demand in the sector, Industry bodies such as CREDAI and the National Real Estate Development Council (NAREDCO) have a presented a long wish-list before FM brings some life back to the industry, especially in the residential sector

While previous budgets have stayed focused on affordable housing, real-estate majors expect FM to announce a few policy decisions for the sector as a whole. The key among them is an increase in the deduction of interest on home loans for self-occupation from the existing Rs 2 lakh to Rs 3 lakh will benefit buyers in the lower and mid-income category. On the affordable housing front, the government is expected to relax the definition to cover more potential homebuyers in the bracket. Similarly, to address the liquidity crisis in the sector, Real-estate giants also hope for a one-time restructuring of loans will also go a long way in helping the sector.

Automobile Sector, one of the key pillars of India Economy, has seen one of its worst years in 2019-20. With liquidity crunch hitting the sector hard, domestic sales volumes in both passenger vehicles and commercial vehicles have witnessed a sharp decline. FM Sitharaman would be expected to arrest this and announce some sops that aid revival of growth in the Automobile Sector.

One of the key demands from the Auto sector is the reduction in the GST rate charged against the automobile. Currently, automobiles fall under the 28% GST slab, which industry is hoping to be cut back to 18% on 1st February 2020. Apart from this, the boost for Electric Vehicles is expected to continue with the announcement of new schemes for lithium storage batteries and solar electric charging infrastructure. Another expectation from the auto sector is the introduction of formal incentive-based ‘Scrappage Policy’ for passenger cars under which scrappage is incentivized through partial rebate in GST, road taxes and waiver of registration charges on purchase of new vehicles.

Make in India with focus on small businesses

With its flagship scheme of Make in India, the Modi government has set lofty targets for the manufacturing sector in the coming years. By 2022, the Modi Government wants to increase the GDP contribution from the manufacturing sector to 25% from the current 16%. In addition to this, on the employment front as well, Make in India is expected to create 100 million new jobs by 2022.

In line with these targets, the government has also made several concessions and provisions to help the manufacturing sector grow; but despite that falling domestic demand and shrinking exports have hit the sector pretty bad in recent times. To bring the ‘animal spirit’ back into the manufacturing sector, the Finance Minister will need to address the issue of Credit Availability and Foreign Competition. Unavailability of affordable credit, especially for small businesses forces them to raise capital through high-interest debt loans. With higher interest on the debt, such companies fail to remain competitive against foreign players.

Agriculture is a critical sector for the Indian economy, thanks to its sheer size and its significant contribution to GDP and employment statistics. With dwindling domestic demand, it would be important for FM Sitharaman to put more money in the pockets of people from rural India, most of who are directly or indirectly connected to the agrarian economy. One of the key challenges that Agriculture sector faces today is of Agri Credit of Agricultural Finance. To address this, Budget 2020 should bring in Agri-NBFCs who can provide quick, easy and affordable credit/finance to the farmers and help them source improved seeds and manures as well as introduce better methods or techniques for farming.

On the other end of the spectrum, the Agriculture sector also faces the challenge of agricultural waste. Modi Government, over its subsequent budgets, have tried to pump in investments in agricultural infrastructure with institutions such as NABARD providing finance for agri-processing and agri-infrastructure activities; the same has not happened for warehousing. FM Sitharaman is expected to announce policy measures to incentivize private investments in warehousing and introduce the Private Entrepreneur Guarantee (PEG) Scheme in the agri warehousing sector.

These are just a few of the expectations that people have from the Union Budget that will be presented by Finance Minister Nirmala Sitharaman on 1st February 2020. This is a developing story and more input from various other sectors including start-ups, foreign investors and others, will be added to it soon.