While launching the Road Safety Week, the Ministry also highlighted that India is exploring the prospects of signing a Memorandum of Understanding (MoU) with South Korea for introduction of Highways Information System in the country. 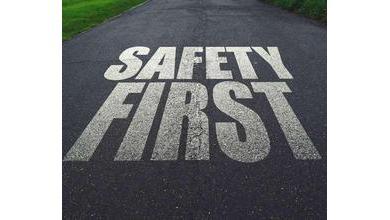 Union Minister of Road Transport and Highways Nitin Gadkari on April 23, 2018 inaugurated the 29th National Road Safety Week while stating the ministry’s priority to ensure safety of road users in the country.

The Ministry organises the Road Safety Week every year with an aim to create awareness among general public and improve upon the safety of road users.

This year, Road Safety Week is being organised from April 23 to April 29, 2018 and the focus is on schools and commercial drivers. Various activities have been organised for school and college students, drivers and all road users.

The theme for the road safety week for the 2018 is is 'Sadak Suraksha - Jeevan Raksha'.

While launching the Road Safety Week, the Ministry also highlighted that India is exploring the prospects of signing a Memorandum of Understanding (MoU) with South Korea for introduction of Highways Information System in the country.

This system will be developed on lines of the system run by the Express Highways Information Corporation of South Korea, with integrated monitoring of a highway at a centralized control room.

• The Ministry fixed a target of bringing down the number of road fatalities to half from the around 1.5 lakh accidental deaths.

• While outlining the initiatives undertaken to improve vehicle safety and overall road safety, the ministry mentioned the 4E principles of Education, Enforcement, Engineering and Emergency care to address the problem of road safety.

• For ensuring vehicular safety, the standards of buses have been upgraded, air bags and speed alert devices have been made mandatory for all cars, and every two-wheeler will have ABS to avoid skidding.

• Moreover, the Motor Vehicles (Amendment) Bill, 2017 is also in the pipeline. The bill promotes safety on the road and calls for the development of an efficient, seamless and integrated multi-mode public transport system.

• A scheme has been launched for setting up of Driving Training Centre to provide quality training to commercial vehicle drivers, improve road and environment safety and strengthen overall mobility on roads.