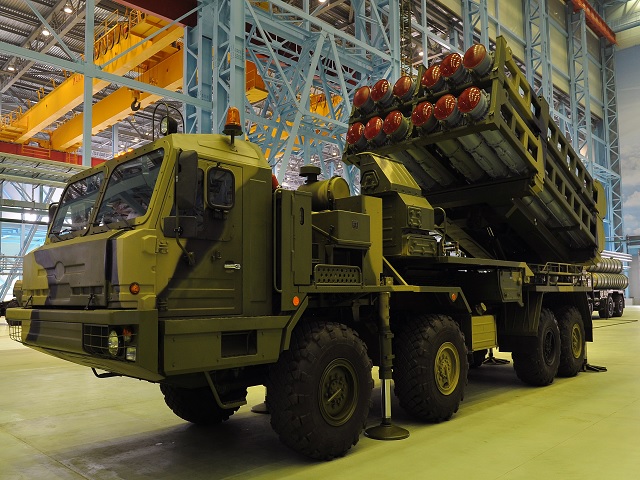 The United States Government has approved the sale of Integrated Air Defense Weapon System (IDWS) to India. The US has approved this deal of USD 1.9 billion (about Rs. 13,000 crores). Earlier, the US government expressed its displeasure when India signed an agreement with Russia to buy five S-400 air defense systems for five billion dollars (about 35000 crore rupees).

The deal could be sealed during President Trump's visit to India. US President Donald Trump will visit India on February 23-26, 2020.

• India wants to purchase Integrated Air Defense Weapon System (IADWS) from the US to modernize its defense forces.
• This will enable the Indian Army to act frequently in case of airstrikes.
• The US State Department said that India wants to use the new technology to modernize its armed forces and expand its existing air defense system to avoid the threat of airstrikes.
• The Integrated Air Defense Weapon System (IADWS) includes air defence weapon systems, AMRAAM missiles, NASAMS-II, surface-to-air missiles, radars, etc.

Defence Research and Development Organisation (DRDO) is also developing several indigenous air defense systems like Akash Mk1 and Akash Mk1S. Akash Mk1 has already become operational while DRDO is researching the other one.

The Indian government is looking for cabinet approval for the purchase of Sea Hawk helicopter. It is expected that PM Modi's Cabinet Committee on Security will approve the purchase of 24 MH-60R Seahawk helicopters for the Indian Navy in two weeks. Helicopters will be deployed on the ships of Indian Navy. The Indian government has been negotiating the deal with Lockheed Martin for a long time.