Veteran actress Anju Ghosh joins BJP, who is she? Why were questions raised over her nationality?

Anju Ghosh is popularly known for her work in the Indian as well as the Bangladesh film industry from 1984 to 2000. 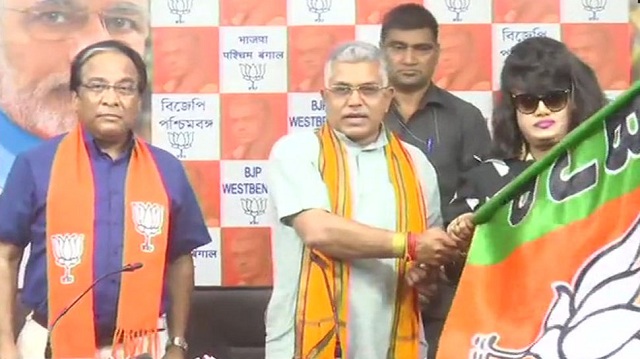 Who is Anju Ghosh?

Anju Ghosh, a well-known veteran Bengali film actress joined the BJP on June 5, 2019. The Bengal BJP inducted the yesteryear actress into the party.

Why is there a controversy over Ghosh’s nationality?

Anju Ghosh is popularly known for her work in the Indian as well as the Bangladesh film industry from 1984 to 2000.

Ahead of her official induction in the BJP, some reports had described her as a Bangladeshi actress and raised questions on how she could join an Indian political party like the BJP.

However, the actress maintains that she was born in Bengal and has an Indian passport and a voter ID card and also exercised her voting rights in Lok Sabha Elections 2019.

Who is Anju Ghosh?

According to available media reports, Anju Ghosh is predominantly a Bangladeshi film actress, who now claims to be Indian.

Her film, Beder Meye Josna (1989) is the highest-grossing film in the history of Bangladeshi cinema. She had later moved to Kolkata, India and acted in films.

Why has Ghosh joined BJP?

West Bengal BJP president Dilip Ghosh said that Ghosh had expressed her desire to work with BJP. He welcomed the actress into the party at the party headquarters in Kolkata on June 5.